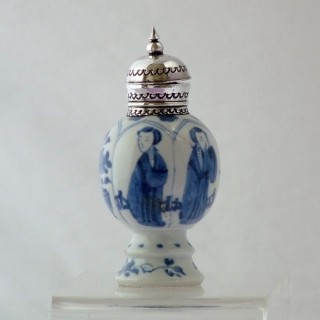 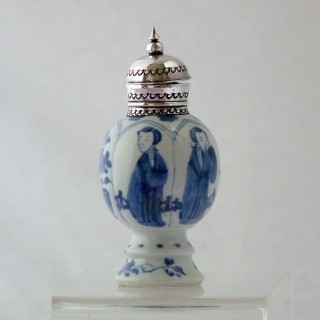 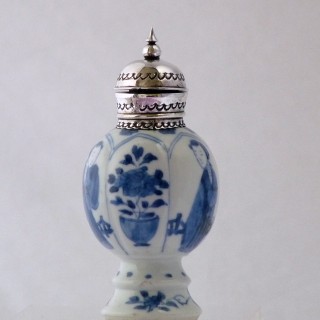 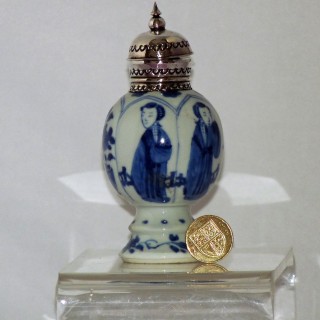 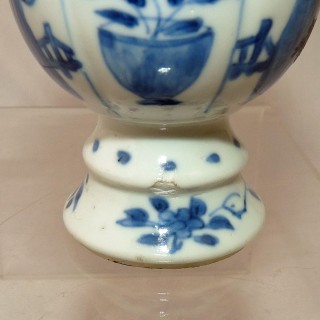 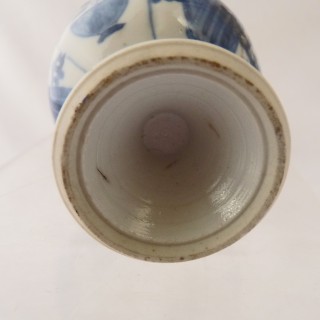 Chinese early 18th century blue and white baluster vase made during the reign of the Emperor Kangxi c1710 with later Islamic style lid and mounts.
moulded panels to the side are painted with Long Elizas or jardinières of flowers and around the panels they are outlined in blue. The foot has a running pattern of foliage below a band of dots.
The pattern was considered exotic in the West as it was thought to be representative of court ladies and their appearance.
The white metal mounts are silver although unhallmarked they do test as silver