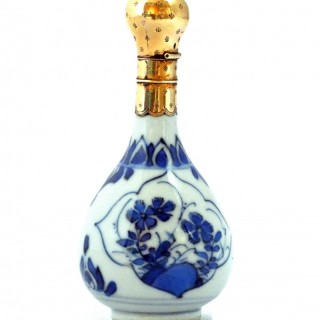 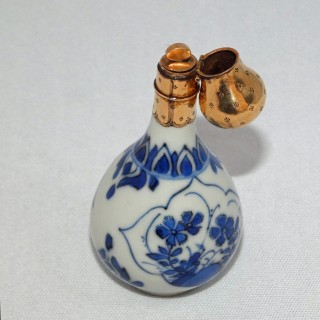 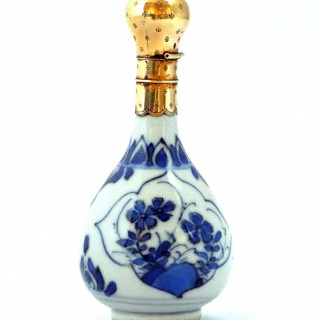 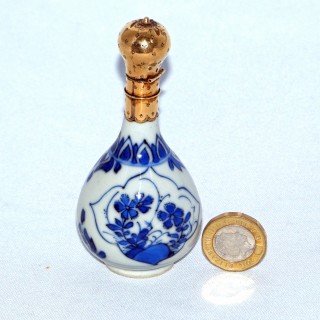 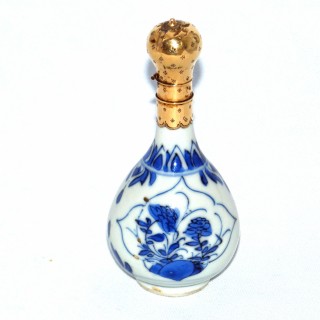 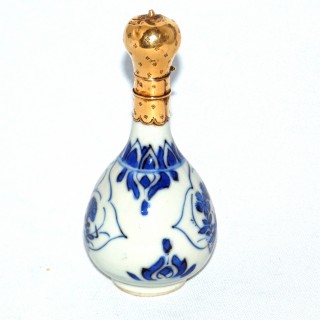 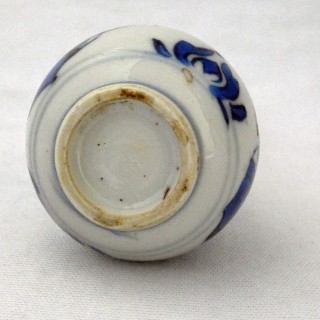 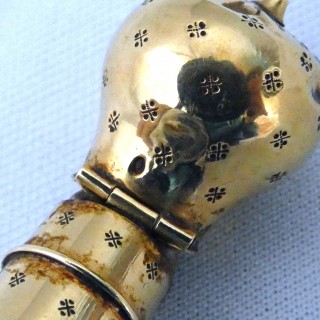 Chinese early 18th century blue and white small pear shaped bottle vase with later added gold work to convert it to a scent bottle.
made during the reign of the Emperor Kangxi at the start of the 18th century at the kilns at Jingdezhen, for export to Europe. the painting shows two shaped cartouches of flowering plants issuing from rock work. the base of the neck has a band of lappets or leaves.
During the 19th century the top was added. It is made from 14K gold at the work was done in the Netherlands between 1852 -1906.
This is dated by a small punched hallmark of an oak leaf which was applied in The Netherlands. the mark is just above the hinge.