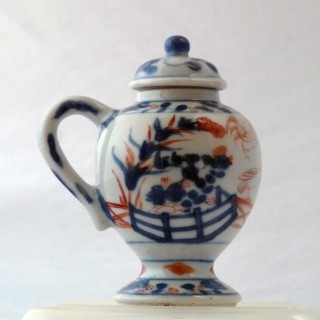 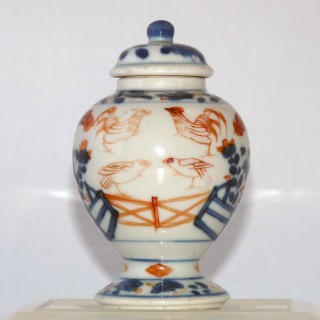 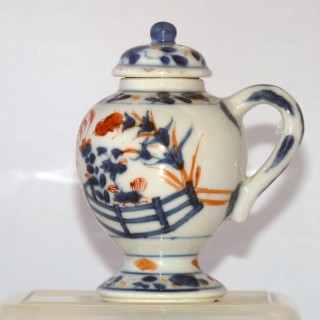 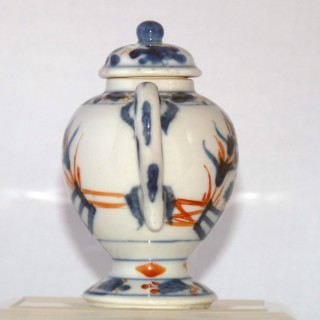 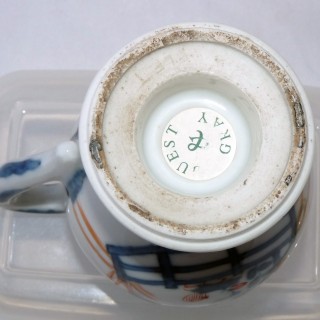 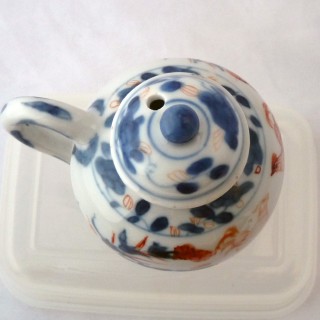 Chinese early 18th century Imari porcelain mustard pot. Made during the reign of the Emperor Kangxi at the start of the 18th century for export to Europe.
Painted in under glaze blue and over glaze orange to show on each side a fenced garden scene with flowers and grasses.
The front of the pot is painted with four Roosters / Cockerels behind a fence. This is mainly in over glaze orange. The cockerels are painted as two pairs of confronting birds.

The cockerel or Rooster is the 10th sign of the Zodiac and is considered to be ‘the life of the universe’. It is also the symbol of faithfulness and courage and to protect against fire. It is seen also the symbol of a successful career as an official.
Excellent example of this type.

Originally purchased from Guest and Gray

Overall very good. Small glaze frit to the edge of the lid and to the inside of the foot rim. Where thee orange colour has been handled on there is a sligh wear