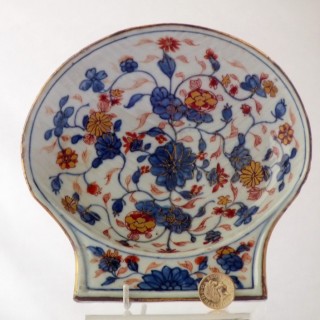 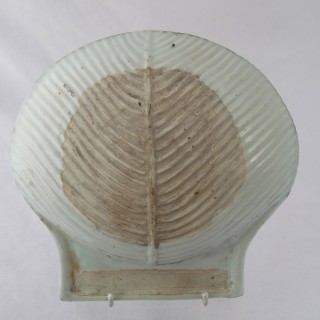 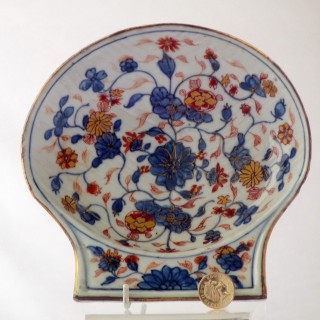 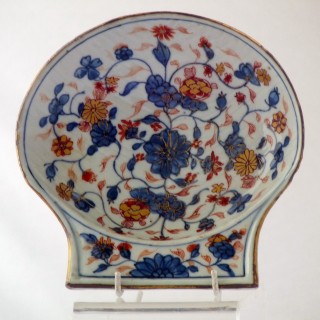 Chinese early 18th century moulded shell shaped dish made at the kilns at Jingdezhen during the reign of the Emperor Kangxi c1710.
Made for export to Europe based on the large scallop shells and to be used as a Hors d’Ouvers dish.
The Chinese Imari palette is direct copy of the Japanese export ware from Imari. This was becoming very popular in Europe and was much in demand. The Chinese and Japanese used under glazed blue with over glaze orange heightened with gilt. The orange and gilt can become rubbed as it is vulnerable being paint rather than enamel.
The painting shows flowering peonies with buds and leaves from a central shaped panel.
The underside shows the pattern of the shell as well and the very base is less glazed.
very good example of this type