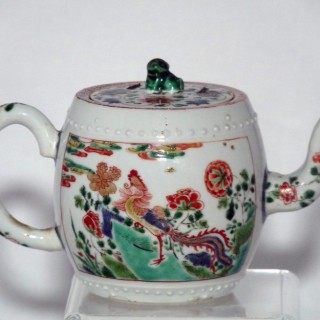 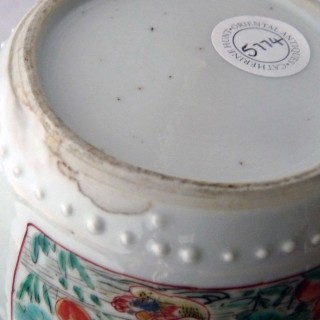 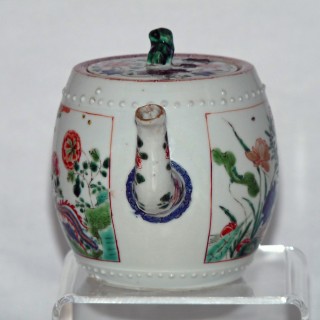 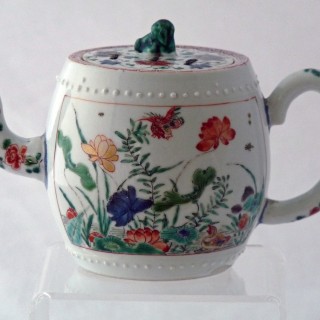 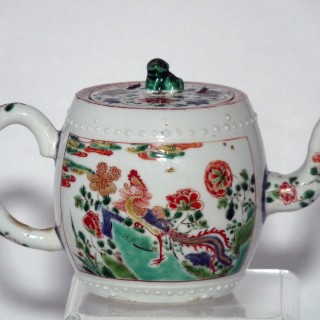 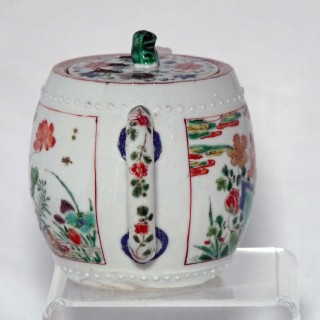 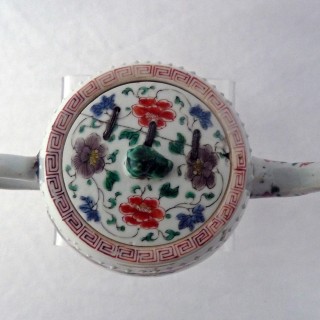 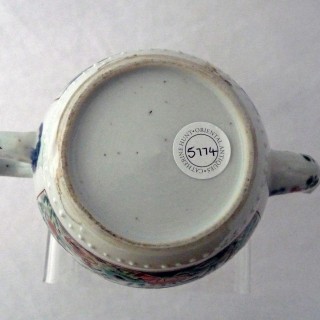 Famille verte Chinese early 18th Century barrel shaped tea pot made during the reign of the Emperor Kangxi at the kilns at Jingdezhen.
Excellent moulding with detail of ‘nails’ around the top and bottom of the tea pot.
Painted to the side with two panels vibrantly painted in over glaze enamels one showing a phoenix and the other a pair of Mandarin Ducks I a lotus pond.
The Phoenix is shown perched on rockwork with peonies, chrysanthemums and grasses.
the phoenix is a compilation of other creatures, the throat of a swallow, the bill of a duck, the neck of a snake, the tail of a fish and peacock, the forehead of a crane, the crown of a Mandarin duck, the stripes of a dragon, and the vaulted back of a tortoise.
In human terms it symbolises the qualities of virtue, duty, correct behaviour and reliability. Although also the bird associated with the Empress on export porcelain it is representing the human qualities and virtues.
The mandarin ducks are shown I an aquatic setting with one in a lotus pond the other flying. As a pair of ducks they are representing marital bliss, trust and affection.
the finial is modelled as a small Dog of Fu
The colours are bright and vivid. This shaped tea pot is one of the less usual shapes and this is an excellent example

There are minor glaze flaws around the base where the glaze has not taken. The lid has been damaged and mended with the metal staples