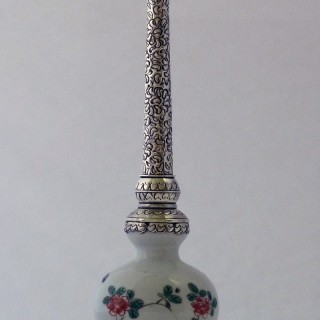 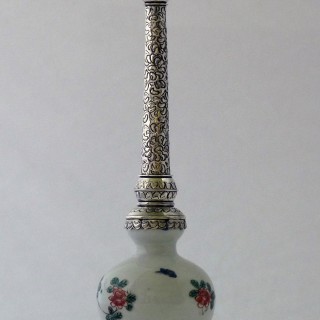 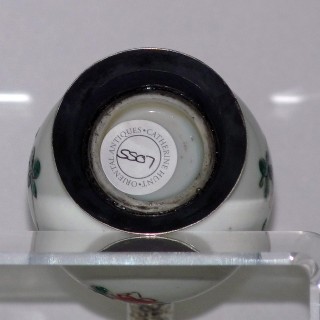 Chinese famille verte early 18th century porcelain rosewater sprinkler made during the reign of the Emperor Kangxi. The base is painted with over glaze enamels to show trailing flowers in orange and green.
the neck has been replaced by white metal which is very probably silver in the Islamic style. The sprinklers were originally made for the Islamic market of which there was a small community in China and for export to India and the Middle East.
The metal neck is impressed with flowers. Around the base a metal rim again very probably silver has been added for embellishment.
A lovely elegant small bodied sprinkler.