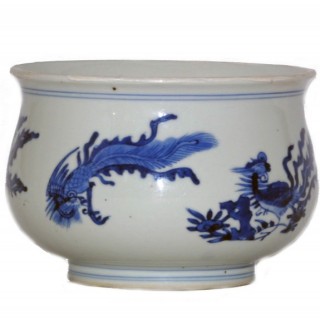 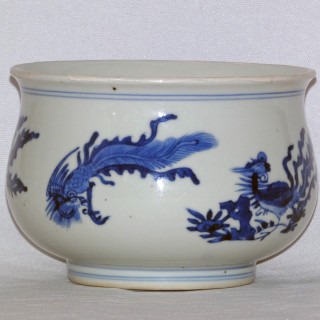 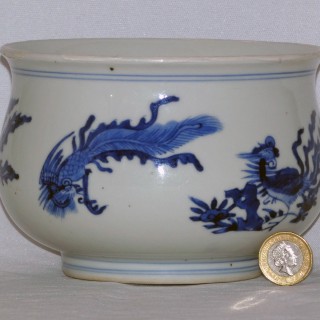 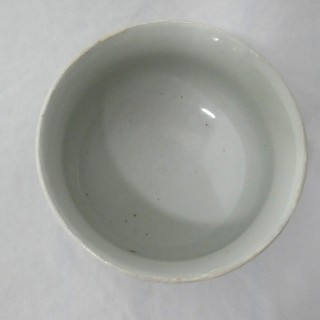 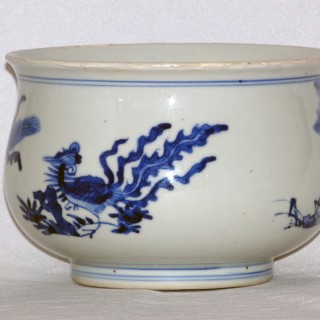 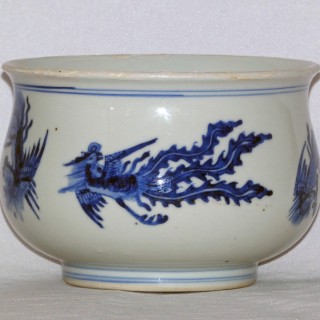 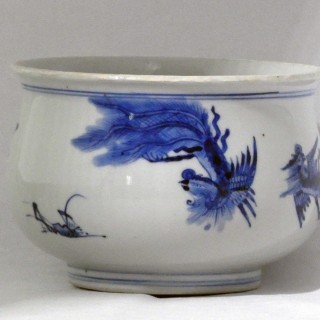 Chinese 17th century early Kangxi late Transitional bombe form small censer. Made for the Chinese market at the kilns at Jingdezhen and painted in under glaze blue to show four phoenix either in flight or in front of hollow rock
Censers were used to fill with sand and ‘joss sticks’ placed in that so that the air was filled with scent. Censers were used both by scholars on their tables and on the altar tables in the homes.
The small bulbous form of this censer would be easy to place any where.
The Phoenix was said to be the Empress of all birds and the most beautiful of them all. Although a legendary bird many think it was actually based on the flamingo.
It was said that the Phoenix was a composite of many and it was recorded as “resembling a wild swan before and a unicorn behind, the throat of a swallow, the bill of a fowl, the neck of a snake, the tail of a fish, the forehead of a crane, the crown of a mandarin duck, the stripes of a dragon and the vaulted back of a tortoise.
In Chinese folklore it was seen as the messenger to the Daoist gods as well as being the emblem of beauty and the Empress.
The phoenix was also associated with the human qualities of virtue, duty, correct behavior, reliability and humanity and would only appear at times of prosperity.
It was bought by a previous collector in Scotland from ‘Fellows and Son’ in Birmingham