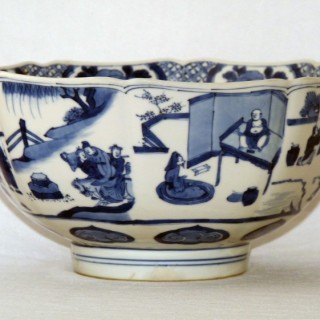 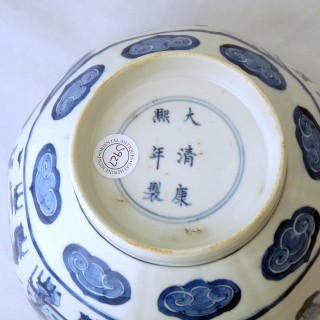 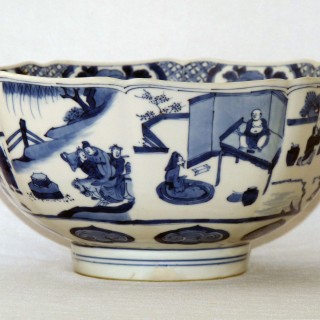 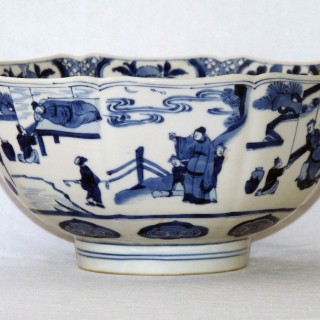 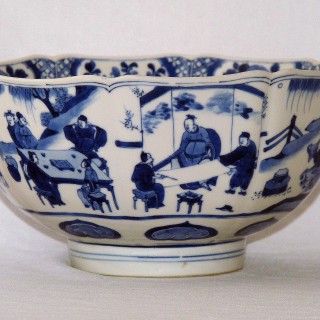 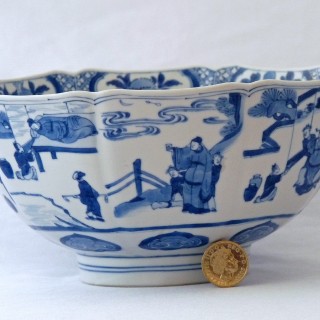 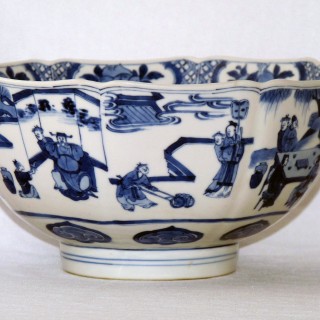 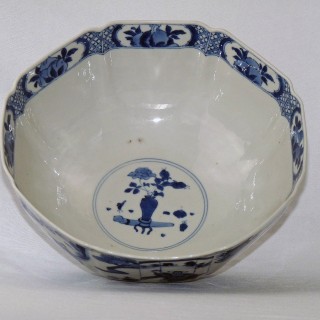 Kangxi Mark and period Blue and White bowl Painted with a scene from the Poem The Eight Immortals of The Wine Cup. the bowl has a scalloped rim and moulded to produce an octagonal shape.
the colour and painting is excellent and the humour of the poem shows through with such excellent detail in the painting to the outside.
The poem of The Eight Immortals of The Wine cup was written in the Tang Dynasty by Du Fu (712-770)in many ways it is a little like a Chaucer Tale from the Canterbury Tales.
it tells how the eight greatest Tang Scholars liked to drink and were wine connoisseurs
These men were politicians, thinkers, poets, musicians and calligraphers.
The bowl is beautifully painted to show each of the Eight rather the worse for drink or in some stage of merriment
The inside is painted with a scene of items from the scholars table.
The base is painted with an excellent six character Kangxi mark inside the double circle
A rare beautiful bowl