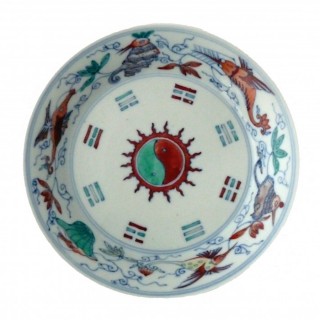 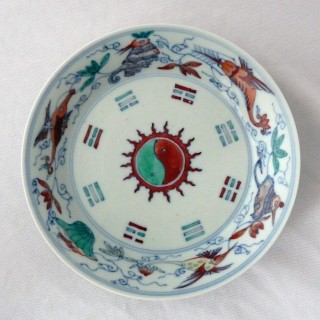 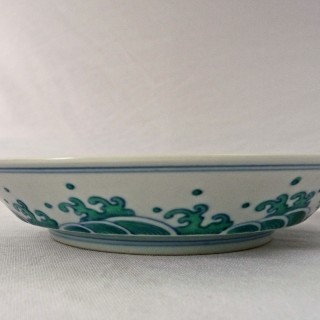 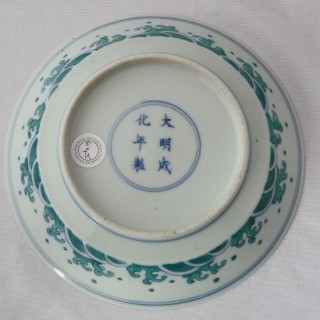 Chinese early 18th century porcelain Doucai Saucer. Made at the end of the Emperor Kangxi’s reign or early Emperor Yongzheng’s at the kilns at Jingdezhen.
Very unusual decoration with the important auspicious emblems of Chinese culture. The centre with a flaming tai ji / yin and yang emblem
The outside of the centre is enamelled with the eight tri grams and the interior of the rim painted with an aquatic scene of mythical fish and water creatures and plants including the lotus flower. the underside of the rim enamelled with waves.
The centre of the base with a double circle around a six character Cheng H’ua mark for honour not deception.
excellent example