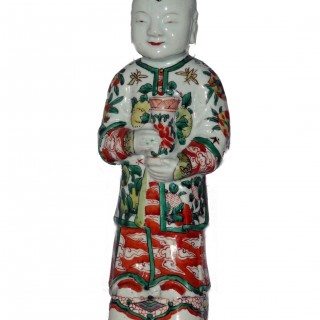 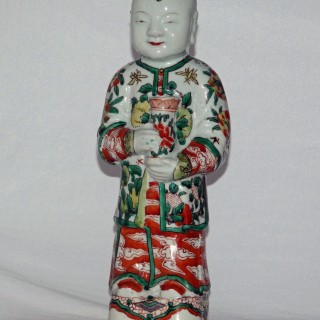 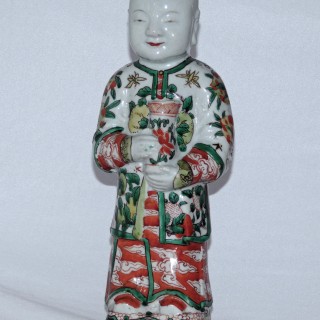 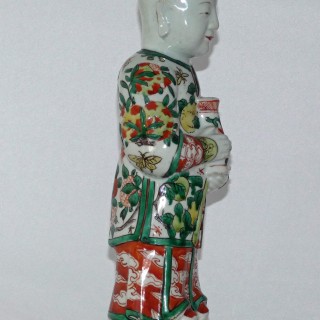 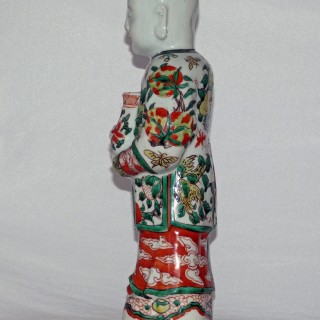 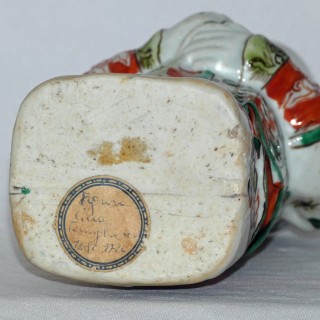 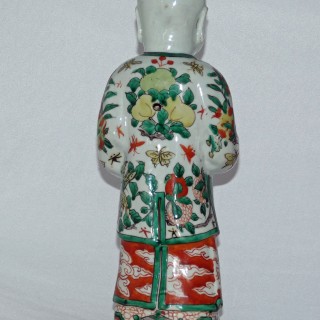 Chinese early 18th century figure in Wucai enamels and orange pigment of a standing boy in Mandarin clothing holding a vase. made at the kilns at Jingdezhen at the end of the reign of the Emperor kangxi or the start of the reign of the Emperor Yongzheng for export to Europe.
The clothing the boy is wearing is typical of the period and of a Mandarin even with the cuffs on the sleeves being in the shape of a ‘horse or pony hoof’.
Unlike the figures of the twins of harmony where the vase is held to the side this boy has the vase to the centre and could actually be used for a small flower. it is often said that this figure was not paired with another due to the positioning of the vase.
For similar see Plate 264 in Treasures of Chinese Export Ceramics from the Peabody Essex Museum by William Sargent.
Earlier provenance to the base
from a private European collection

From a Private European Collection