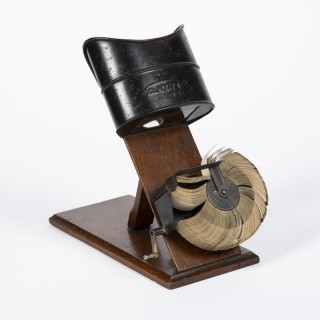 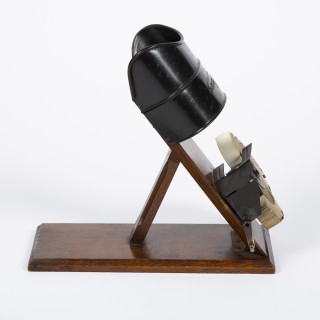 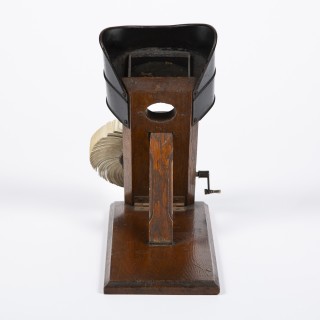 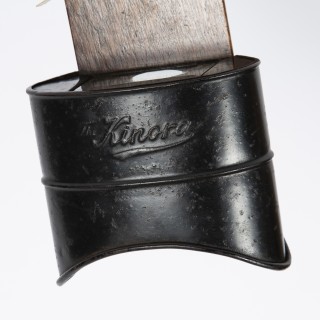 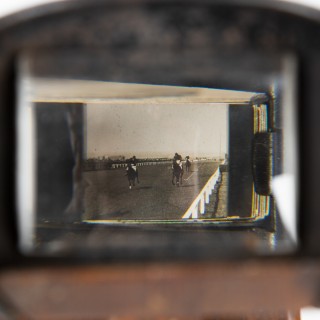 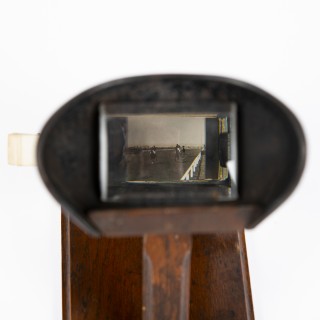 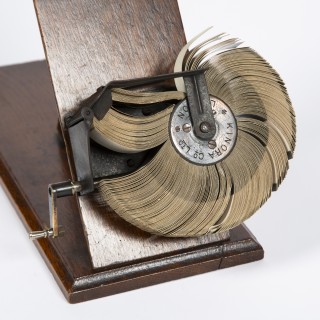 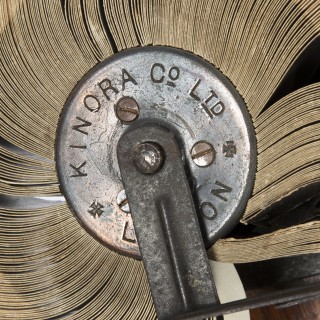 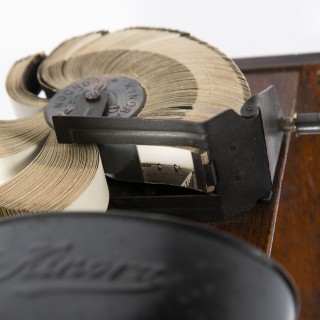 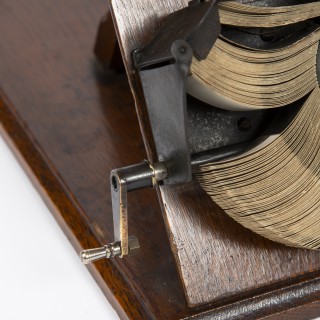 A Kinora monochrome motion picture viewer on folding oak base. Circa 1905.

The Kinora was an early motion picture device, developed by the French inventors Auguste and Louis Lumière in 1895, and patented in February 1896. The British rights to the Kinora were bought by The British Mutoscope & Biograph Co. in 1898, but the machine was not marketed in the UK until 1902.