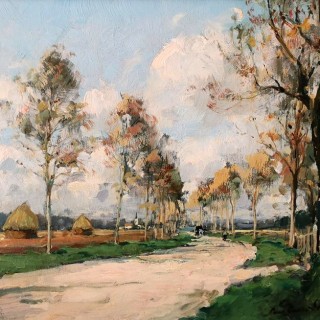 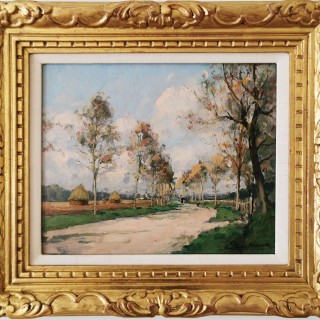 Paul-Emile Lecomte was born in Paris on October 29, 1877. As the son of the early nineteenth century artist, Paul Lecomte, he was brought up in an environment that revered art. Paul-Emile’s father took special care to teach his son and develop his artistic talent. Desiring to learn more about art, Paul-Emile received further schooling at L’École des Beaux-Arts in Paris. There, he was taught by Cormon and continued to develop his technique and style. When Paul-Emile’s training was completed, he received the opportunity to take a government position. He was to be employed by the Ministere de la Marine.

Paul-Emile, however, continued his painting. He became a member of the Salon des Artistes Français and exhibited his work annually at the Salon. He continued to receive praise and recognition for his artistry and in 1902, one of Paul-Emile’s most beautiful paintings won the Gold Medal.

Working in both oil and watercolours, Paul-Emile would often use soft, muted colours to create paintings that had a tranquil and peaceful quality to them. He was known to have painted landscapes, portraits, and seascapes.