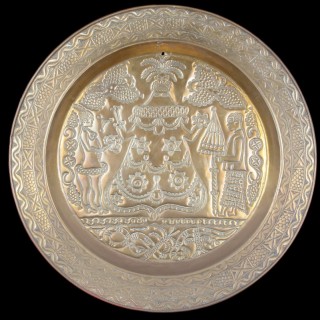 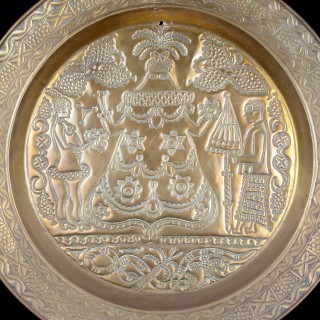 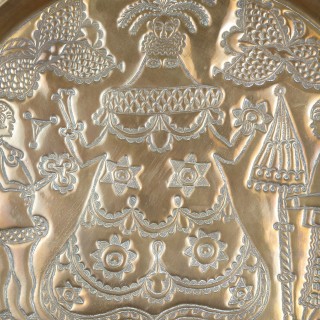 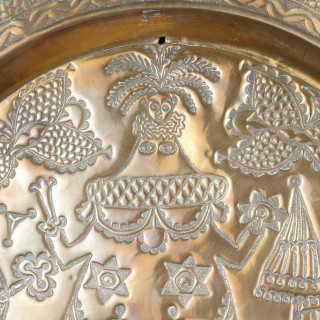 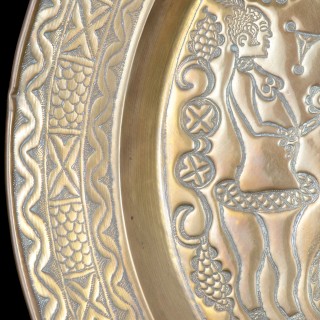 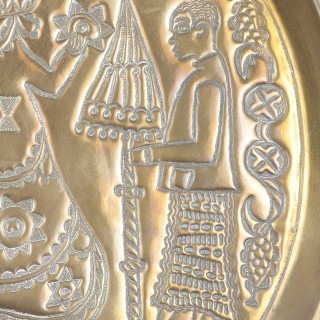 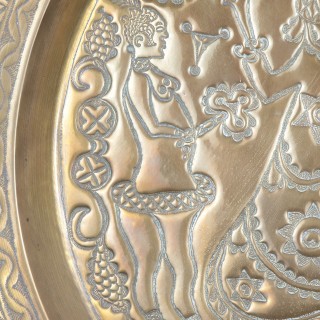 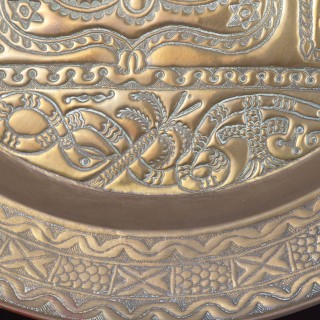 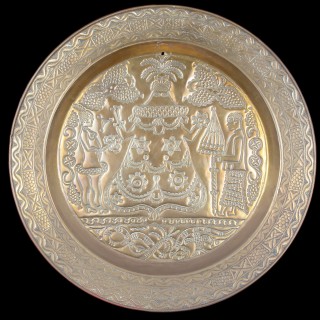 The Efik were the middlemen between the white traders on the coast and the inland tribes of the Cross River and Calabar district. By the mid 19th century Christian missions had begun to work among them and by 1900 most of the peoples in south east Nigeria were educated in European ideologies and culture, professed Christianity and dressed in a European fashion. Old Calabar or Duke Town flourished as an Efik City state and although it is now absorbed into Nigeria, traditional rulers of the state are still recognised.
Large plain brass charger dishes and platters were imported from Britain and then decorated locally in Old Calabar. Regarded as important prestige items by the local chiefs they were displayed with great ceremony. Items of Efik decorated brass were also presented by the King and chiefs to important dignitaries and distinguished visitors to the area. These chargers are interesting transcultural aesthetic expressions resulting from a history of European contact and colonial rule.
Although resembling a Benin royal ceremony, the central figure embossed to the centre of the dish is probably an ‘Ekpe’ masquerader. ‘Ekpe’ is a spirit who resides in the jungle and presides over society ceremonies.