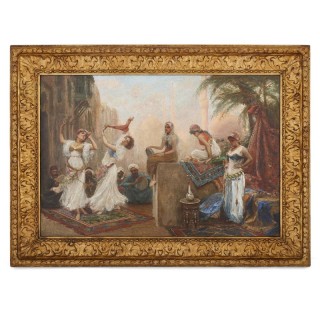 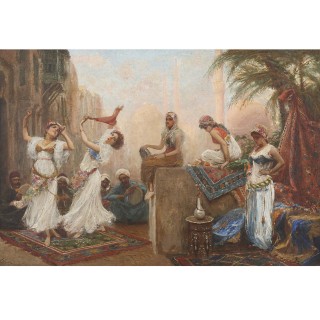 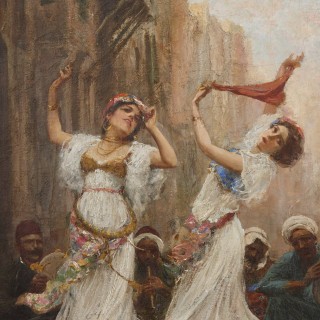 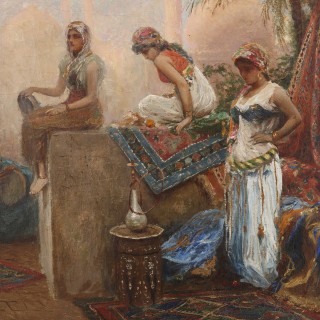 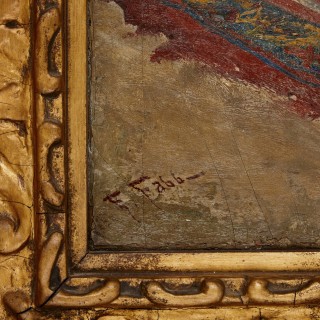 This wonderful Orientalist painting depicts a North African street scene. With a backdrop of hazy minarets and domes—their forms rendered indistinct by the heat of the day—a group of four male musicians perform for two female dancers. To the side, three further dancers take a moment of respite, their heads bowed in thought. The subject matter is firmly within the European Orientalist tradition. The fluid painterly manner and vibrant colour palette are hallmarks of the artist, Fabio Fabbi.

Fabbi was one of the leading Orientalist painters of the late 19th and early 20th Centuries. The reasons for his success—and his success was great, being admitted to the Academies of Florence and Bologna in his early 20s—are present in this painting.

The painting is contained within an ornate giltwood frame and is signed lower left ‘F. Fabbi’.