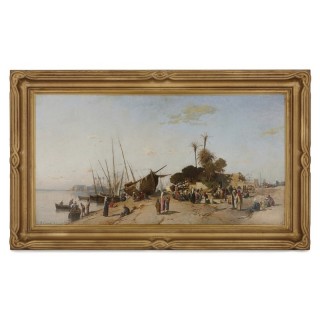 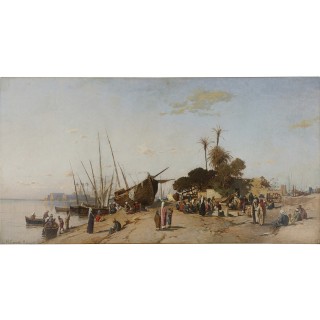 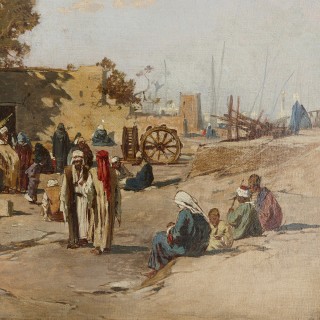 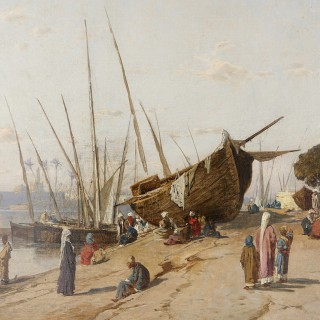 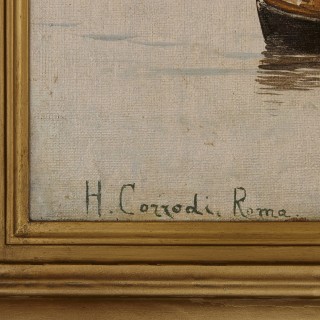 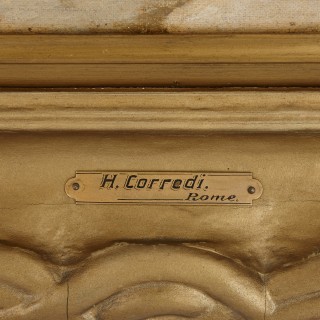 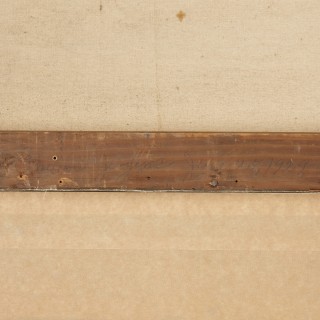 This exceptional oil painting was created by the acclaimed Italian artist, Hermann David Salomon Corrodi (1844-1905). Corrodi was a major practitioner of the Orientalist style, which came into fashion in the 19th Century. He was well-regarded by the European elite and by members of royalty, including Queen Victoria. This canvas is signed in the lower left corner ‘H. Corrodi, Roma’.

The scene depicts the port in Cairo, Egypt, with the sun-baked land sloping off into the sea on the left. Shipping boats are moored in the port and one is propped up on the land. Smaller fishing boats bob on the sea on the water’s edge. The scene is populated by many Egyptian figures in colourful, loosely draped clothing and headscarves. Clusters of buildings and trees are pictured in the centre foreground, and more buildings are visible in the left distance.

Corrodi has skilfully rendered this scene with great truth to reality. Forms and details are picked out with careful strokes of colour, resulting in a wonderfully naturalistic image.

The painting is displayed in a carved giltwood frame, which is fitted with a title plaque reading ‘H. Corrodi/ Rome’. The reverse of the stretcher is signed in pencil ‘Andrew Jergens, June 23, 1929’ and ‘Cairo 4500’.