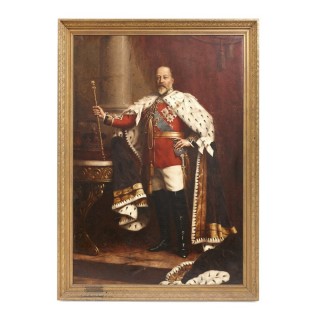 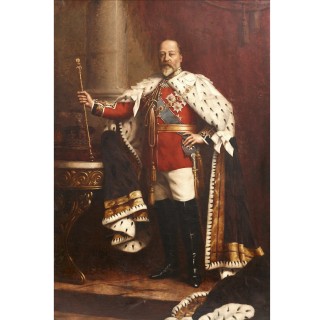 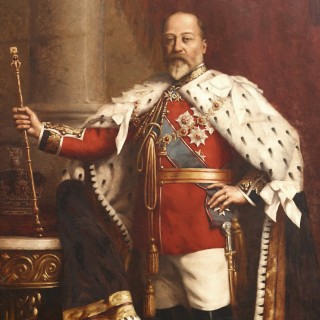 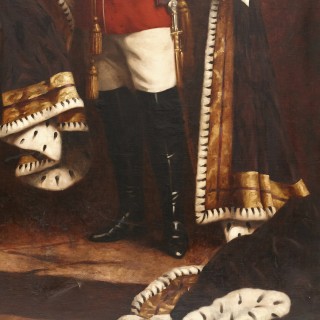 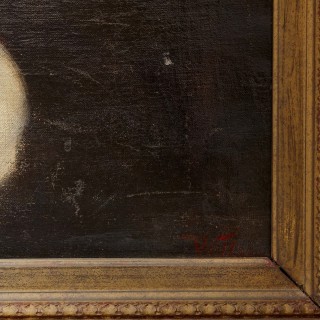 This exceptional oil painting has been attributed to Charles Willis, who was an accomplished early 20th Century British artist. Willis based this work on a famous State portrait of King Edward VII, completed in 1902 by Sir Samuel Luke Fildes. In the year it was finished, Fildes’s painting was displayed in a Royal Academy exhibition, where it was received with great acclaim. Today, the work is held in the Royal Collection Trust in London. The canvas is indistinctly signed ‘Willi…’ in the lower right corner.

The portrait depicts Edward VII, who was king of the United Kingdom of Great Britain and Ireland between 1901-1910. In the painting, Edward VII stands on a platform and gazes authoritatively out at the viewer. He places his left hand on his hip and holds the Sceptre in his right. The Orb and State Crown are placed on a table on the left. Edward VII wears a Field-Marshal’s uniform, with the sash and badge of the Royal Victorian Order and the Garter Star. His shoulders are draped with the royal mantle. The canvas is displayed in a finely carved giltwood frame.