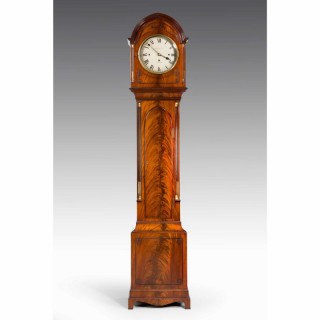 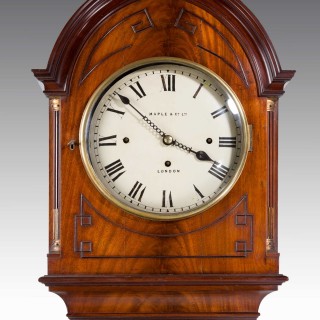 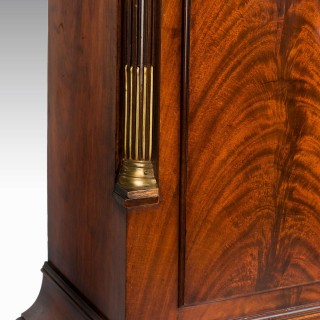 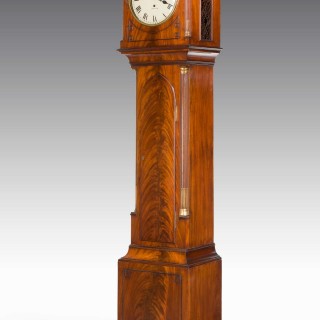 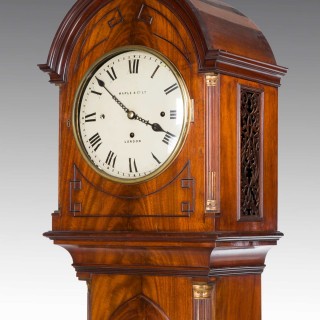 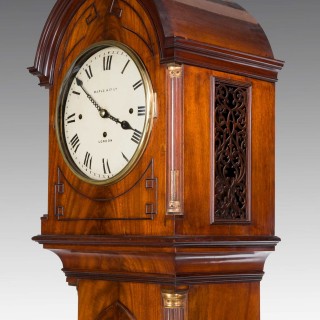 The 8-day movement of this clock was most probable made by Elliott, a name which has always been synonymous with quality clocks. In 1865 James Jones Elliott of 156 Cheapside in the City of London, was apprenticed to “Bateman” of 82 St John Street, Smithfield, London to learn the art of clock making. He then founded a clockmaking company which in various guises made quality clocks until the mid-1960’s.
The three-train movement strikes Westminster quarters and the hour on gongs. A strike/silent switch is provided. The escapement is “dead beat” being more accurate than the usual anchor escapement of longcase clocks and this accuracy is further supported by maintaining power which keeps the clock running during winding.

Founded in 1841 by John Maple. Manufacturing and retailing from the hub of the furniture centre in London’s Tottenham Court Road. Due to the founder & his son’s drive and commitment to excellence, the company expanded greatly and added further workshops and points of sale in both Paris and Buenos Aires.