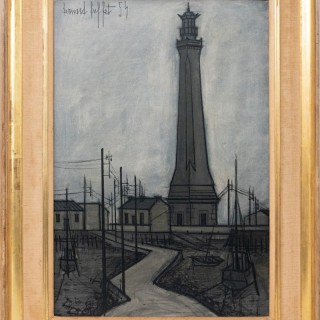 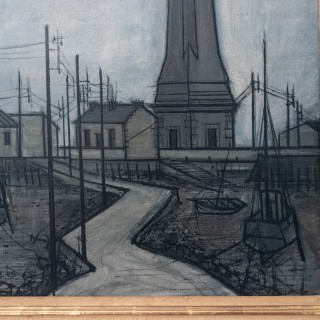 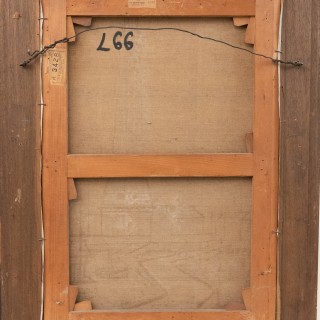 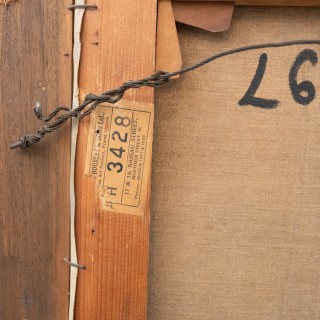 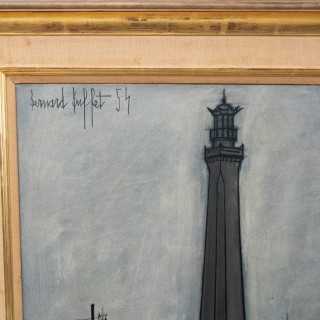 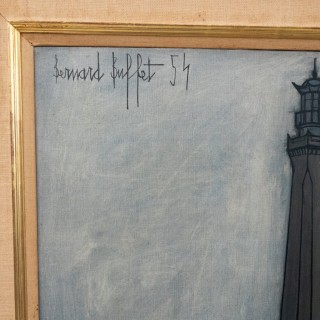 A fresh to market, original oil painting by Bernard Buffet with firm provenance
Inscribed “997” to the reverse of the canvas
1954 with The Mayor Gallery, Brook Street, London, SW1
Paper label to the reverse. Sold in 1954 to a G. R. Kennedy
1960 with Crane Kalman, 178 Brompton Road, London, SW3
Sold 9th January 1960 – Paper label to reverse
Thence by descent.

Buffet was born in Paris, France, and studied art there at the École Nationale Supérieure, subsequently he worked in the studio of the painter Eugène Narbonne. Among his classmates were Maurice Boitel and Louis Vuillermoz. He met the French painter Marie-Thérèse Auffray and was influenced by her work.