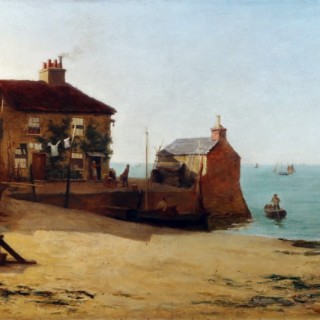 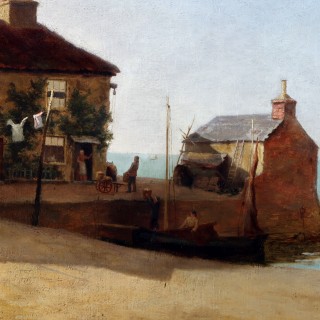 William Graham Buxton was a London painter born in Campden Town in 1858. He painted landscapes and coastal scenes.
He started employment as a railway clerk in 1881 but his true love was painting and in 1885 he exhibited his first painting at a major London exhibition. He continued to paint an exhibit his oils and watercolours until 1892. In 1901 he had become the Managing Director of a fine art publishing company.
He exhibited his work from 1885 to 1892 at the Royal Academy, Society of British Artists Suffolk Street, Royal Society of Artists Birmingham and Manchester City Art Gallery.
Despite living in London it is know that he travelled along the South Coast painting views in Bognor, Hastings, Rye and he also visited Lynbridge in North Devon and Essex.
In 1997 there was an exhibition of his paintings at Hastings Art Gallery.