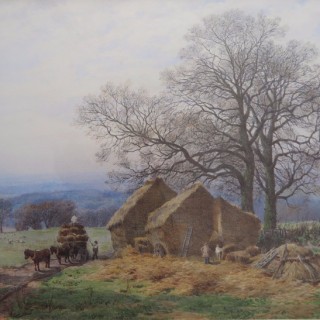 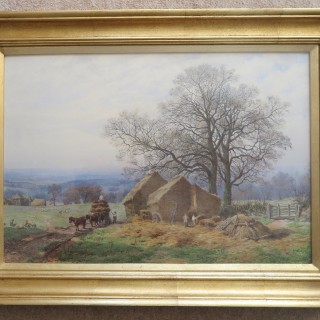 Watercolour. Gatton Park lies to the east of Reigate Hill, between Redhill and Merstham. The grounds were landscaped by Capability Brown. The last private owner was Sir Jeremiah Coleman of mustard fame. The house itself was badly damaged by fire in 1934 and the park itself is now managed by the National Trust.
Charles Davidson moved to Redhill in 1854. He exhibited over eight hundred watercolours in London from 1844 but, as he rarely signed his work many have been mis-attributed to other artists. He was a friend of both John Linnell and Samuel Palmer who also moved to Redhill.

With The Bourne Gallery, Reigate, Surrey. Label on reverse.

Good. The picture has been recently close framed without a mount. Frame size 18.5 x 25 inches.