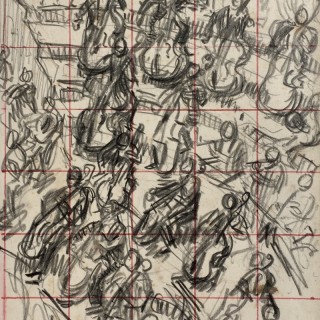 This work is a study for the artist’s oil on board The London Symphony Orchestra, 1936, exhibited at the Leicester Galleries, London, 1943, no.12.