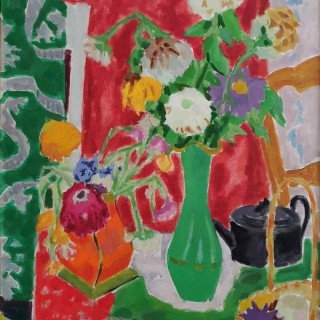 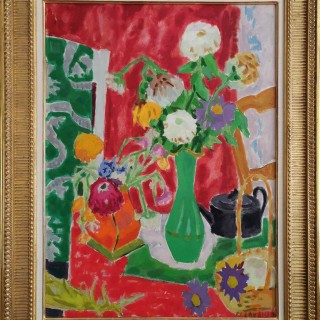 Jules Cavaillès was born in Carmaux in the Tarn region of France in 1901. After initially working as a draughtsman, he moved to Paris in 1922 to study at the Académie Julian. After completing his studies he moved to La Ruche, a bee-hive shaped structure providing a warren of studios for many artists in the 15th arrondissement of Paris. Here he shared a studio, and an artistic philosophy, with the artist Roger Limouse. Both artists, along with Maurice Brianchon, André Masson, Kostia Terechkovitch and Roland Oudet, were members of La Réalité Poétique group who were influenced by the paintings of Pierre Bonnard and Edouard Vuillard and the Fauves group.

In 1936 Jules Cavaillès was awarded the Prix Blumenthal by the Foundation Franco-American Florence Blumenthal which was set up to discover and aid young French artists.

In 1937 he had his first one man exhibition at the prestigious Galerie Druet in Paris, and was also commissioned to decorate the Languedoc Pavilion at the Exposition Internationale des Arts and Métiers.

During the Second World War Cavaillès was an active member of the Resistance, making a lifelong friend of his colleague in the Languedoc Resistance group, the writer Jean Cassou.

From 1946 he was once again actively engaged in his own work, both in Paris and Tonnerre, producing landscapes, figurative studies, still lifes, and especially interiors with sea views. He exhibited throughout his life, including the Venice Biennale of 1948, and his work can be found in the Musée d’Art Moderne in Paris, and in the museums of Toulouse, Albi, Marseille, Chicago and Helsinki, as well as many international private collections.