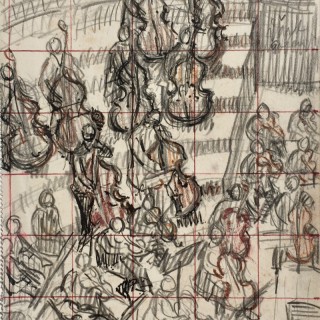 Signed with initials, inscribed with title and dated 25.xi.1936
Pencil, square for transfer in red ink
Unframed, in conservation mount