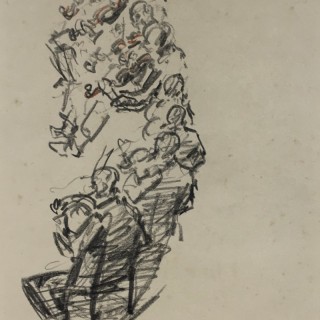 Signed with initial, inscribed with title and dated 28.8.1950
Pencil
Framed

The BBC Symphony Orchestra was founded in 1930 by Lord Reith and the conductor Sir Thomas Beecham. Adrian Boult served as first director of music and Henry Wood the founding conductor.