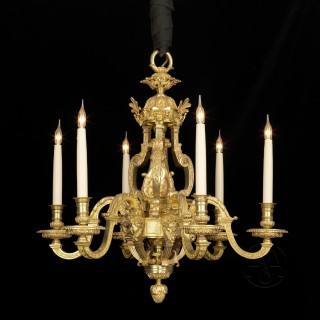 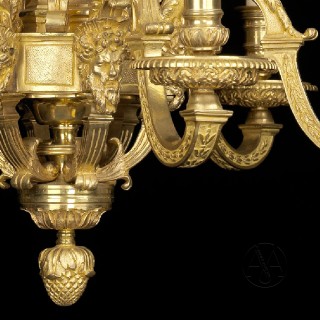 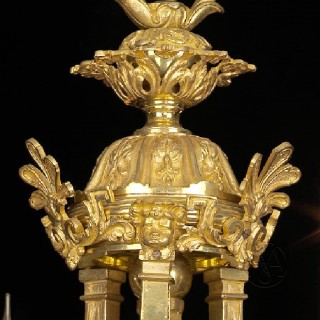 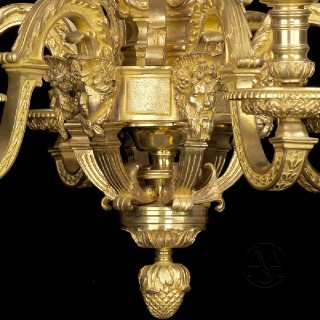 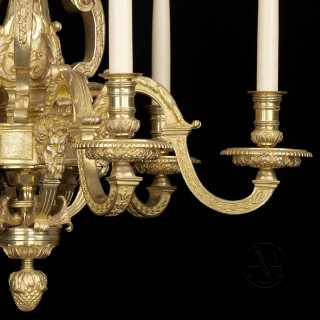 A Louis XIV Style Gilt-Bronze Six-Light Chandelier In the Manner of André-Charles Boulle.

in the manner of andre-charles boulle