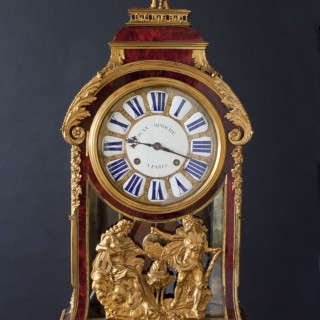 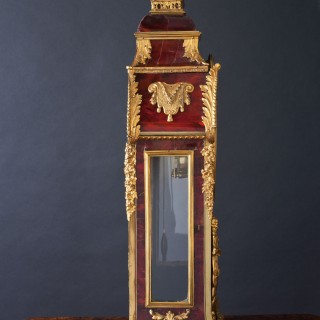 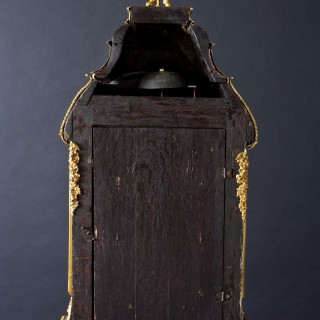 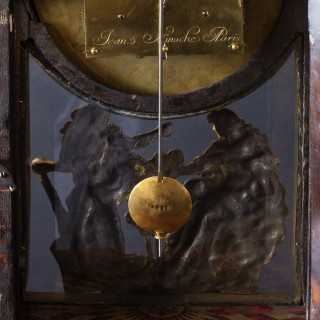 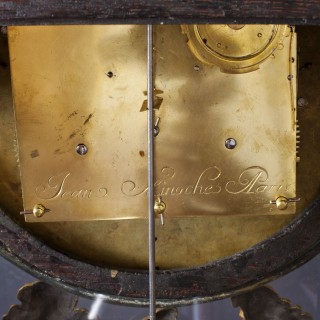 Waisted case veneered in red tortoiseshell with ormolu mounts standing on Lions claw feet. Side glazed viewing apertures to view the eight day movement, the cresting surmounted by a regal finial supported by three goats hooves. An ormolu mount of Hercules holding his club and Appollo with his lyre and further embellished with a classical head. C.1712

‘Watchmakers and Clockmakers of the World’ by Brian Loomes lists Jean Minoche as working in Paris from 1693.