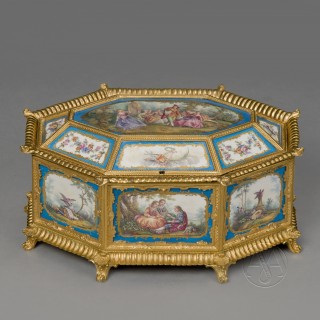 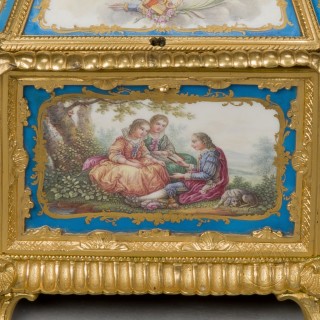 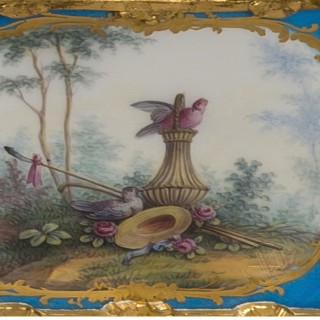 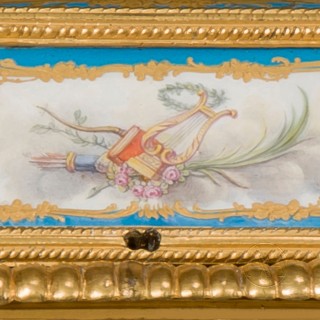 This fine porcelain and gilt-bronze mounted box has an octagonal hinged lid centering a Sèvres-Style plaque depicting a scene from la fete champêtre, after Watteau. The plaque is framed by eight further porcelain plaques within bronze banded frames decorated with floral bouquets and trophies.

The box opens to a velvet lined interior.

The popularity of the Louis XV style during the nineteenth century led to a number of companies in and around Paris, creating exceptional Sèvres-Style porcelain based on eighteenth century models, and to the same exceptional quality. Often these pieces were of exhibition quality and scale, and finely painted by the best studio painters of the day such as Robert, Desprez and Poitevin.