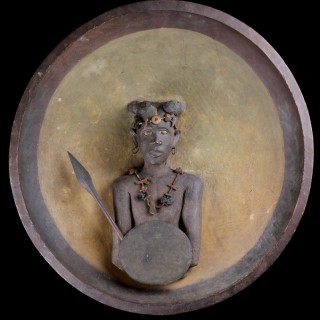 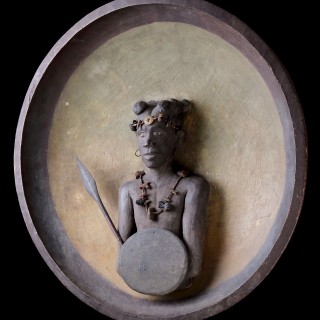 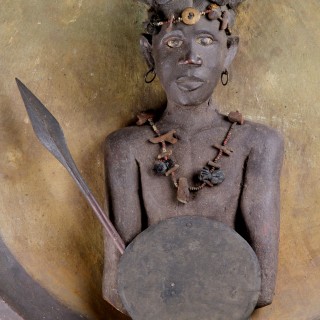 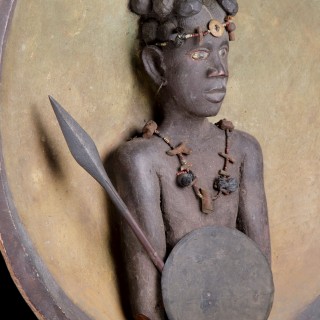 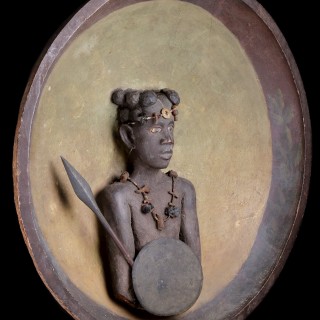 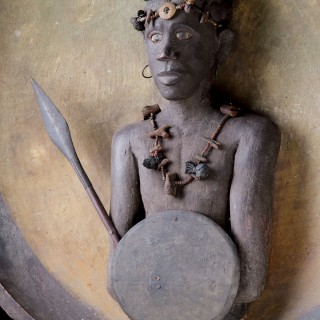 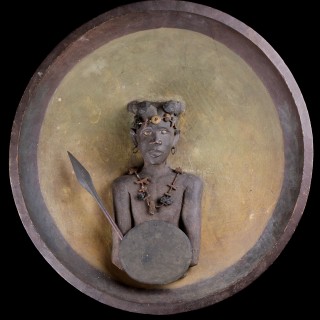 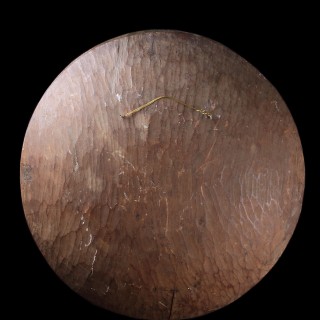 cf: A ceremonial rice spoon carved with a male figure with similar features was exhibited at the R.A exhibition of 1996 ‘Africa, Art of a Continent’ and is in the collections of the British Musuem (BM AF.18 103)
Also a pair of Sakalava figures in the Musée Cedratom in Toliara, Madagascar with very similar facial features and hairstyles

Madagascar was first inhabited in the 7th Century A.D by people related to the Polynesians who lived along the Swahili coast of Africa, but were driven out by Islamic merchants and traders. The Sakalava occupied the west coast of the Island and were known as ‘the people of the long valleys’. At the end of the 19th Century the island was colonised by the French who recorded items of Malagassy art in various texts, but it was not until the early 20th century that examples appeared in Europe.
Malagasy art is principally associated with their funerary traditions. The Sakalava bury their dead in the forest far from their village in wooden rectangular tombs which on each corner have large carved figures of birds, men or women sometimes with children, and famously copulating couples now known to tourists as ‘Sari Porno’. The sun rises in the north east and is associated with rebirth so on the north east corner of each tomb a carved figure representing the deceased is placed and in the opposite corner a figure of the opposite sex is to be found, reinforcing the idea of sexuality inherent in Sakalava beliefs.