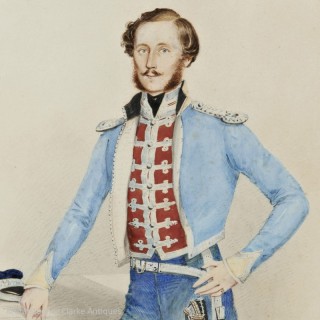 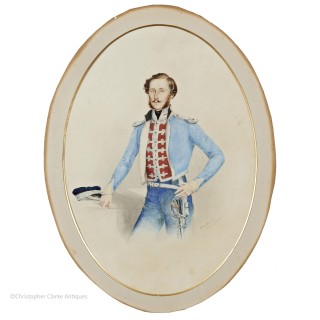 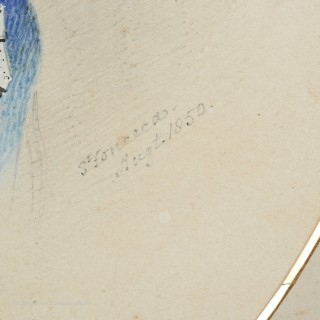 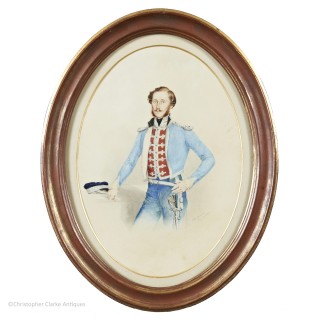 A watercolour portrait of an Officer of a Madras Light Cavalry Regiment by S. Fonceca.

Simon Fonceca described himself as a portrait painter at 123 Armenia Street, Madras to the front plate of his lithographic ‘Sketches in India Chiefly from Nature. Madras: (1852-1853)’. Not much is known about the artist other than his works seems to have been popular, with several portraits known of Madras residents and officers painted from the mid 1830s to late 1850s. He had a brother, John Joseph, also an artist who painted Sir Charles Edward Trevelyan, the Governor of Madras in 1859. The India Office Collection Street in Leadenhall and the V&A own work by the brothers. We do not know the date Simon’s birth but he died in 1870.

The unknown officer has on the uniform that would be worn in the evening, or at dinner parties or in the mess. He is wearing an open and turned back stable jacket, with a silver laced, red waistcoat. The painting has a later oval mount and frame. Simon was certainly a good painter with the detail to the face particularly well done. Signed and dated to the bottom right ‘S. Fonceca, 1850’.

Frame size is given.