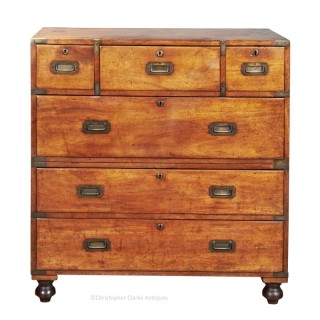 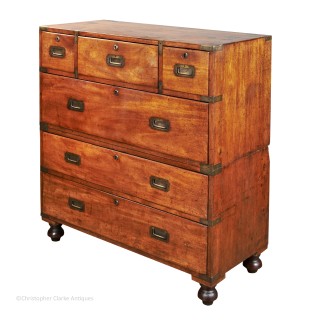 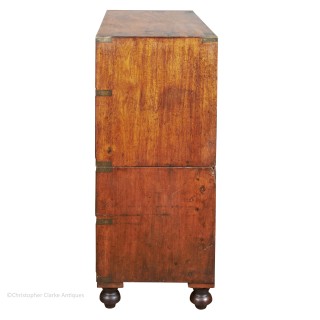 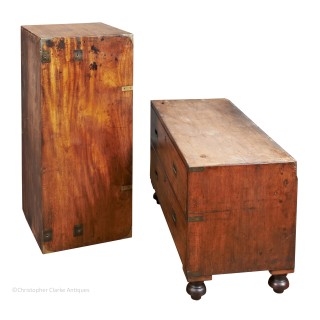 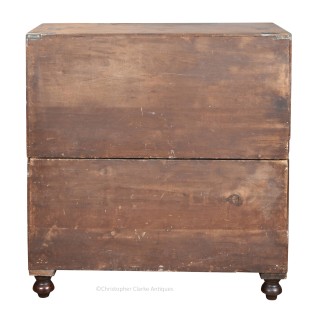 A mahogany Campaign Chest which originally had a removable shelving superstructure.

The chest has three short drawers, with a wider central drawer flanked by two smaller, over three long drawers. The drawer have a slight cushion edge to the front and are lined in oak with a quadrant strengthening mould to the interior. The main lock is marked VR with a crown and the number 1677, showing that it is Victorian.

The chest is made in two parts with the two halves located by two lugs to the bottom section at the front. This is a little unusual with most chests either have two lugs set to the middle of the chest or four with one in each corner. The removable screw on feet are replaced.

The top of the chest has four inset brass plates with screw holes towards the back. These would have taken screw in shelf columns which in turn would have supported some shelves. Its not unusual for such superstructures, like the removable feet, to become separated from their campaign chest over time.

Good, Feet replaced. One Patch to the side at the back. Superstructure missing.