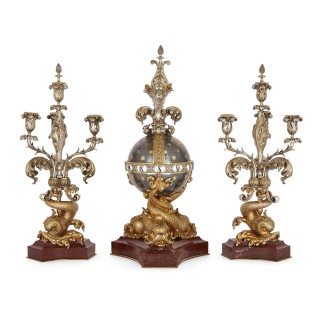 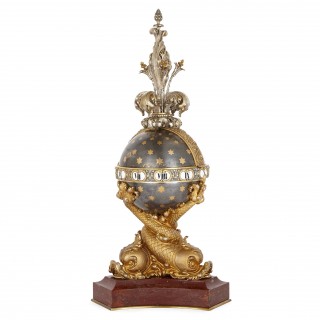 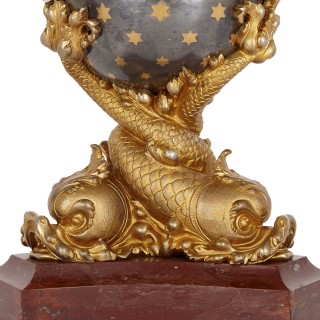 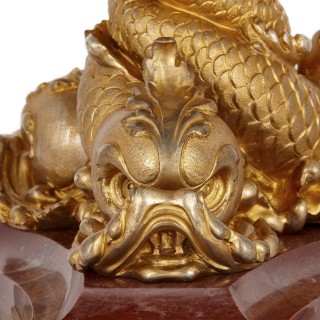 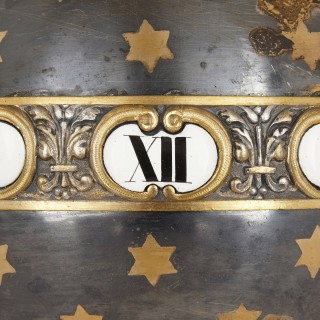 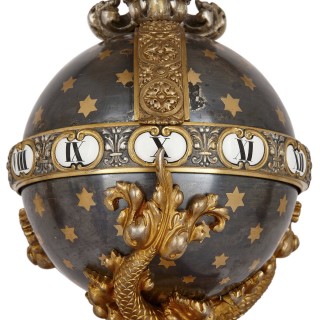 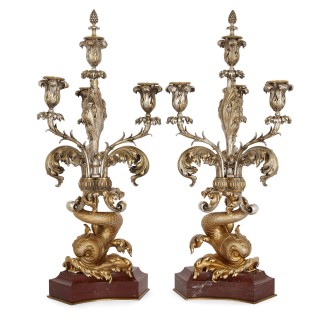 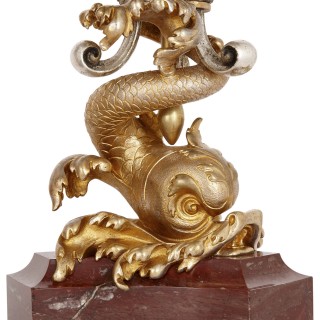 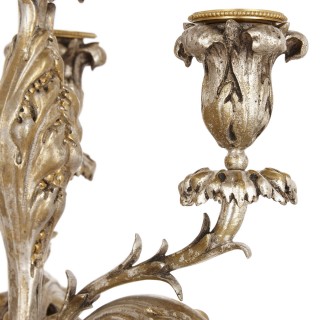 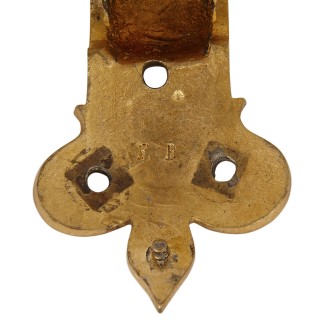 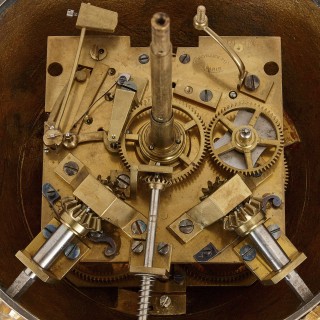 This unusual clock set, by the famed fondeur Barbedienne, is crafted from marble, ormolu, and silvered bronze in the distinctive Baroque style. The set features a mantel clock and a pair of conforming candelabra.

The clock features a spherical grey metal drum adorned with gilt stars and featuring a circular clock movement. The drum is raised above three ormolu Baroque style grotesque dolphins, which are in turn supported on a shaped red marble base. The drum is surmounted by a foliate finial crafted from ormolu and silvered bronze and resembling in form the shape of a fleur-de-lis.

The candelabra are similarly decorated, each featuring a marble base, a Dolphin-form stem, and four branches crafted from silvered bronze and ormolu in a distinctive foliate style.

The reverse of one bronze mount is stamped ‘F B’ for Ferdinand Barbedienne, while the clock movement is signed ‘Chevillier Fbt. / A Paris’