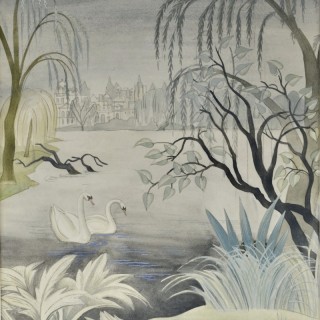 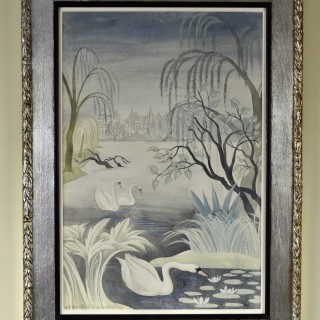 Signed, inscribed: With best wishes to Pat on her 21st birthday
Watercolour over traces of pencil