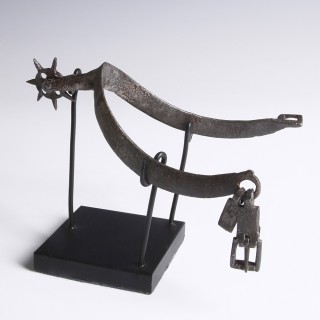 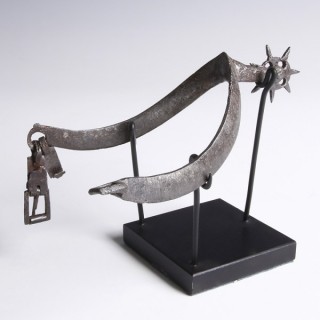 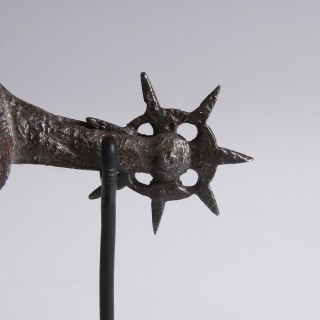 A medieval rowel spur made from hand-forged wrought iron. It features a curved, U-shaped heel-band and pierced terminals for straps, one of which remarkably still holds the original iron buckle. The neck of the spur is straight and takes the form of two branches, attached to which is a rowel with radiating points, intact and still able to rotate.

During the Middle Ages, spurs were one of the symbols of knighthood. As part of the knighthood ceremony, an established knight would place spurs on the new knight and gird on his sword. The former would then declare that the latter was now a knight, being considered to have “won his spurs”. Spurs with a rowel, such as this fine example, gained popularity in the fourteenth century, when they replaced the ‘prick spur’ –referring to the point (‘prick’) at the end of the neck.

Very good condition. Some slight wear to the metal.