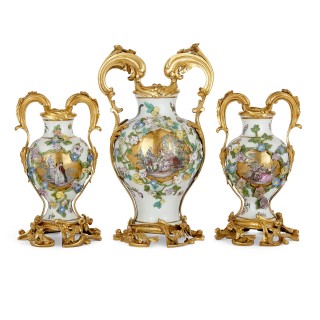 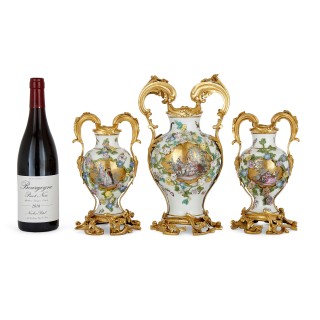 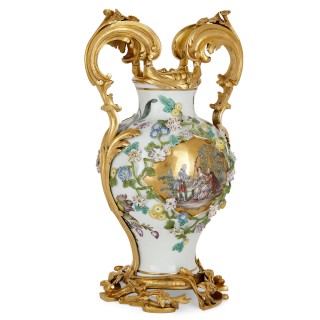 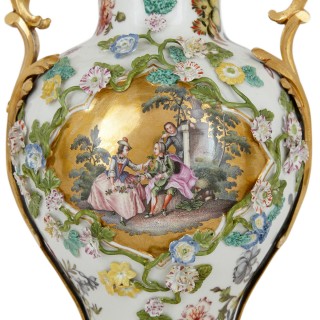 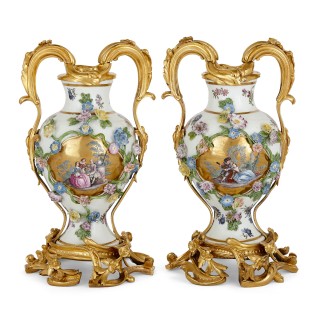 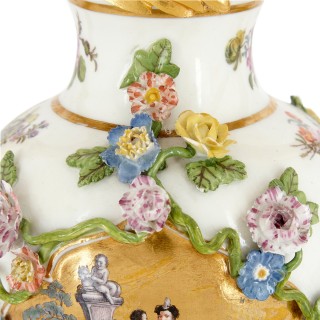 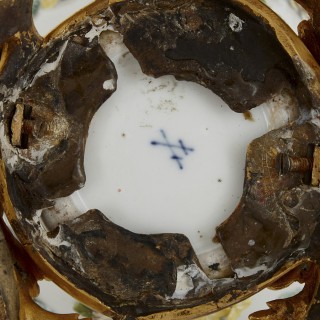 This striking three-vase garniture contains 18th Century Meissen porcelain and 19th Century French gilt bronze mounts. The vases are of baluster form. The decorative scheme of the porcelain is elaborate: the white ground of each vase is decorated with painted floral motifs and applied porcelain stems and flowers. The applied porcelain encircles gold-ground panels, one on the front and one on the back of each vase. These panels are painted with scenes of courtship inspired by the eminent 18th Century French artist Watteau.

Similar pieces are represented in major collections, such as the Victoria and Albert Museum, London.