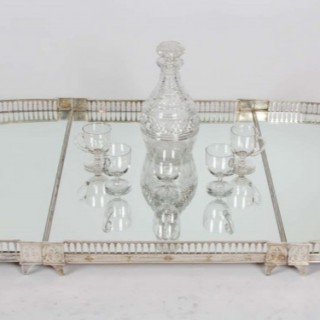 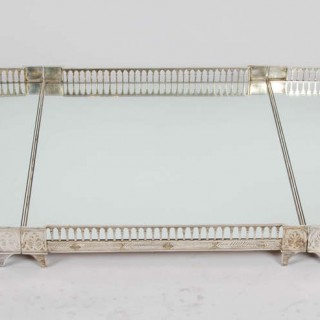 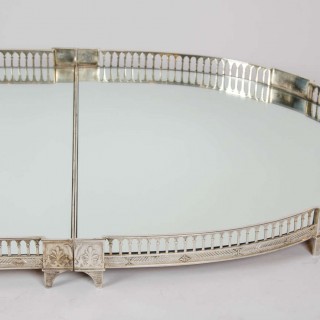 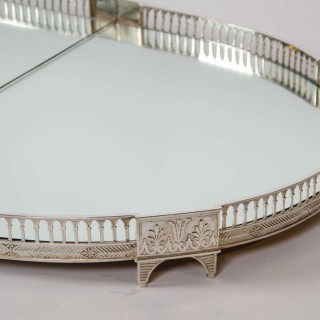 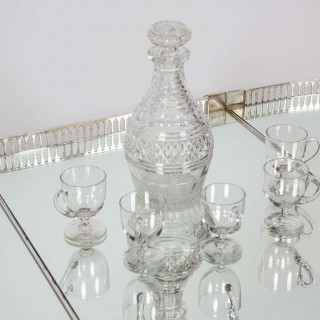 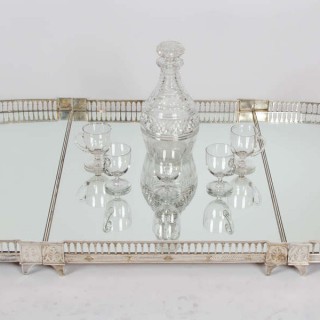 According to Roy Strong, the surtout de table first appeared in 1692 at the meals for the wedding of Philippe II, Duke of Orléans and Louis XIV’s legitimized daughter Françoise Marie de Bourbon, as “a great silver gilt piece of a new invention”. At first it was designed to hold candles, condiments, and other clutter on the table, and protect a polished wooden table from the staining caused by spillage from the salt and vinegars in the condiments. During the first half of the 18th century, as the great central and ceremonial salt cellars fell from favour, to be replaced by smaller individual salt cellars, the surtout de table evolved to fill the role of ornamental table centrepiece.

It often took the form of a raised galleried tray which would be filled with matching candelabra, figurines, vases and epergnes, The top of the tray was often a mirror, to show the underside of the objects on it, and increase reflected light.