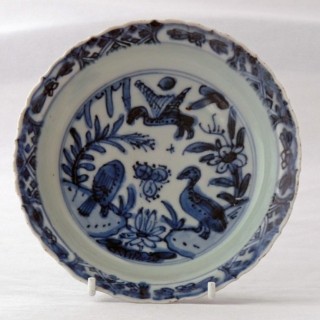 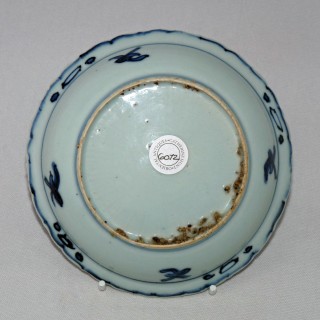 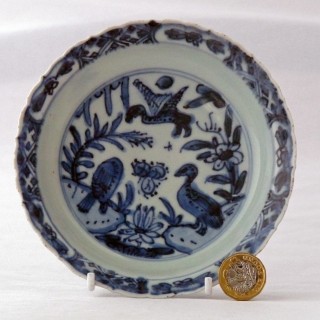 Chinese late 16th century or very early 17th century Blue and white saucer made during the reign of the Emperor Wanli at Jingdezhen.
Painted to the centre with an aquatic scene of a pair of Geese on the ground and another flying above. They are by a pond with lilies and other aquatic plants. The slightly everted barbed rim is painted with a hatched pattern ad cartouches of foliage.
The underside is painted with stylised motifs
The piece has grit still in the glaze to the underside