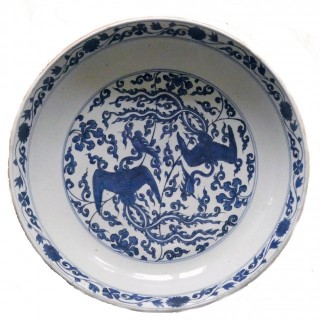 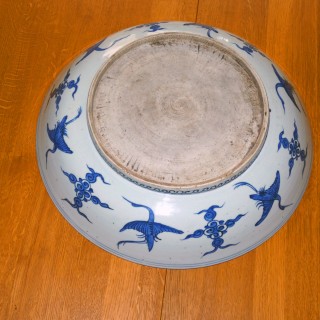 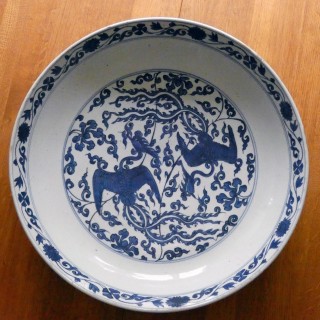 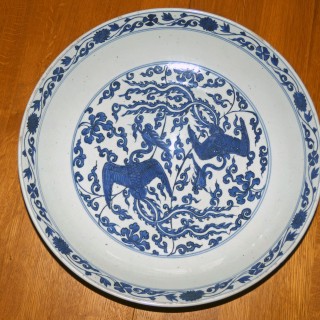 Ming Blue and White late Jiajing early Longqing 16th century deep large plate made at Jingdezhen
Painted to the centre with a pair of flying phoenix amidst flowers and foliage. the centre well defined by a double circle. The rim painted to the top with a band of scrolling foliage and flower heads
the under side painted with stylised clouds and cranes resembling the red headed crane. the base is unglazed which is typical from this period
the phoenix was meant to be the most beautiful of all birds being a composite of other animals and birds, the throat of a swallow, the bill of a fowl, the crown of a Mandarin Duck, the stripes of a dragon, and the vaulted back of a tortoise.
It symbolised the sun, represented good luck, abundance, and longevity and was seen as the messenger of the Daoist Immortals. but it also became synonymous with beauty and the Empress
This is a very good example of decoration of this period and is a beautiful example of ming potting

from the Cheng and Frank Lammers Collection