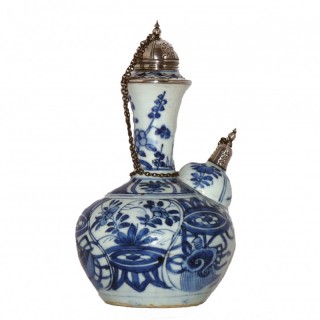 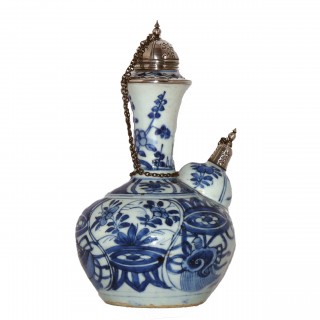 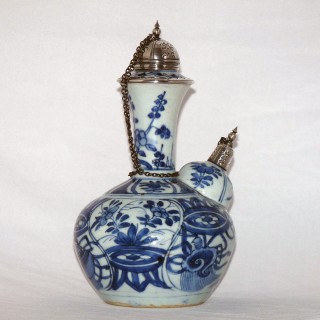 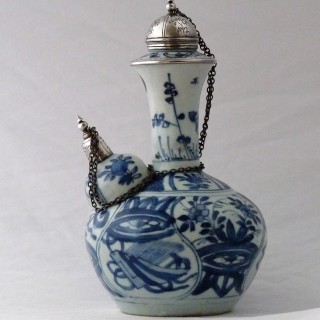 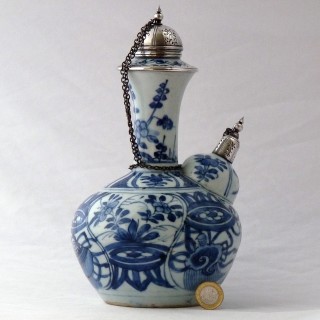 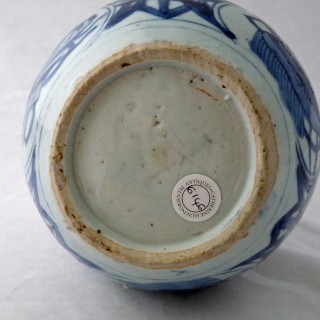 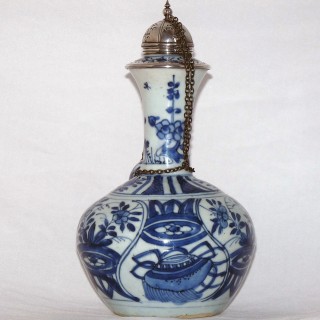 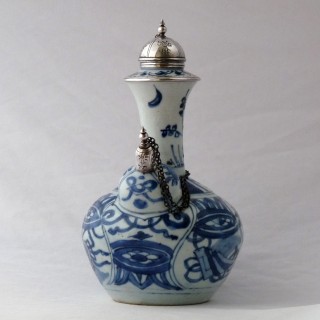 Late Ming c1600 – Wanli – Blue and White porcelain kendi with white metal mounts (all probability Silver)
Excellent colour painting and decoration of a kendi which was made for the middle eastern market. It is painted in panels which alternate between either auspicious flowers or precious objects
Kendis were based on a Persian metal ware shape and were drinking vessels like the modern day Sangria pourers. The market for Kendis to begin with was predominately with in Islamic communities in the Middle East, India or the small community in China. With the East India Companies of the Netherlands and Britain some came to Europe where they were seen as exotic
The silver mounts have been added later later

What is visible is very good although cant tell under the silver. Glaze lines to the base