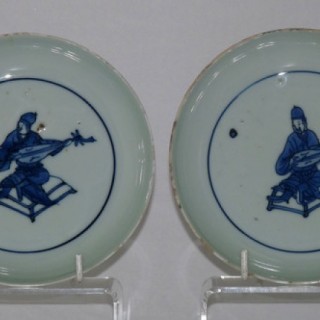 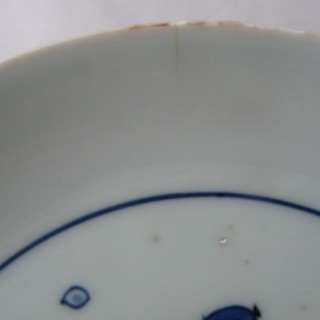 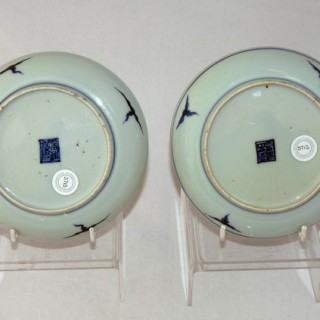 Chinese late Ming 17th Century transitional Ko-sometsuke pair of porcelain plates made at the kilns at Jingdezhen for export to Japan.
They beautifully simply painted with a central figure of a seated musician to the centre surrounded by a single blue line.
The underside interestingly painted with four 3 pointed clouds to the underside of the rim and the actual base with a four character zhuanshu mark
Made during the reign of the Emperor Tianqi1621 – 1627 which is a time when the export trade to Japan was at it’s most inventive but also still adding or making flaws and damage to the pieces to appeal to the intelligencer of the Japanese elite, who wanted the ethnic appeal of pieces. On these pieces the flaws include grit in the glaze to the front and intentional fritting to the rim.
Very unusual design and subject matter

Intended flaws of kiln grit and frits. very small 10mm hair line to one as shown on the pictures