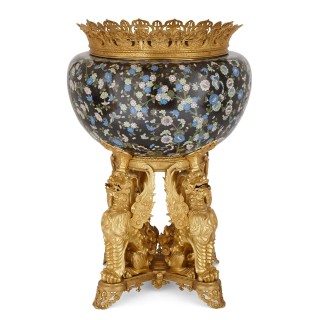 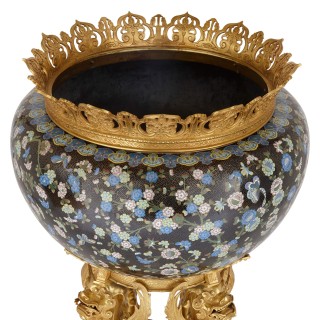 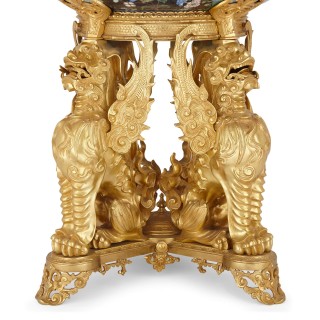 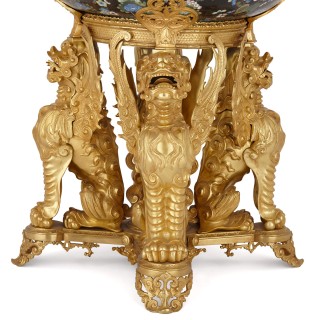 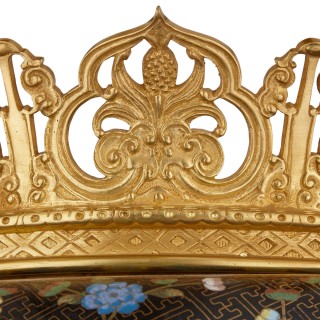 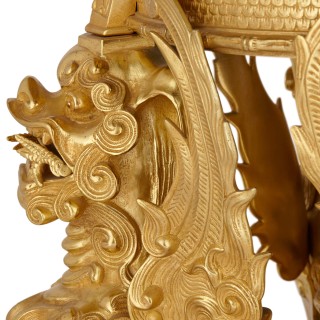 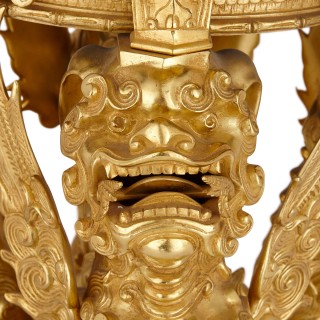 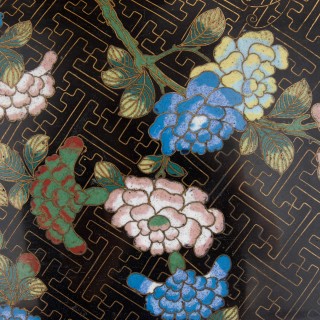 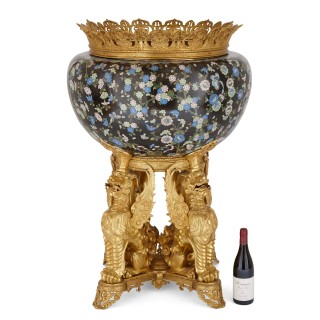 This magnificent piece is a large ormolu mounted cloisonné enamel jardinière, consisting of a Chinese enamel central element, exported to France and adorned with gilt-bronze mounts, which are attributed to the renowned and leading bronzier Ferdinand Barbedienne.

With the body decorated with flowers and butterflies against a rich blue ground, the exceptional metalwork mounts consists of a pierced ormolu rim with a pineapple elements, and a lavish, heavy, and grand base, consisting of four legs in the form of ‘Foo’ winged-lions.

Combination pieces such as these proved immensely popular in the late nineteenth century, indeed there is a strong tradition of European metalworkers adorning and embellishing Chinese wares they found particularly appealing with inventions and designs of their own. As such, this piece is a superb global combination of 19th century crafts, bringing together beautiful Chinese enamel wares with magnificent French gilt bronze.