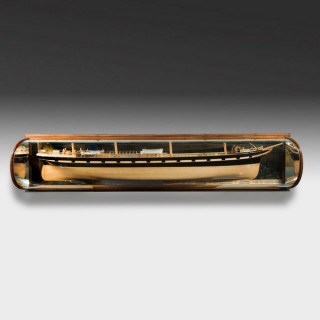 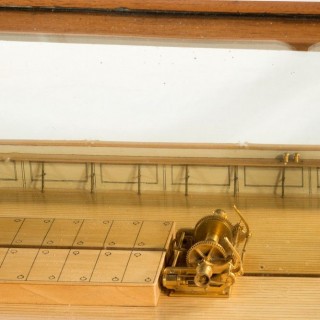 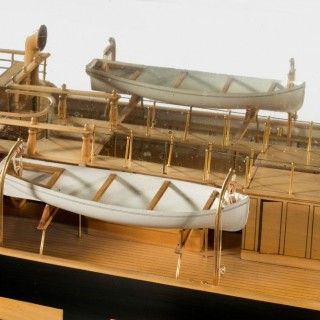 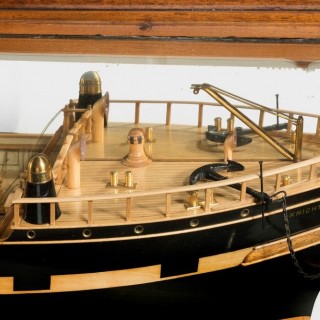 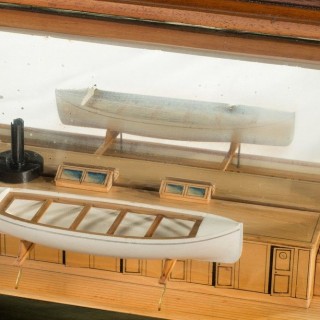 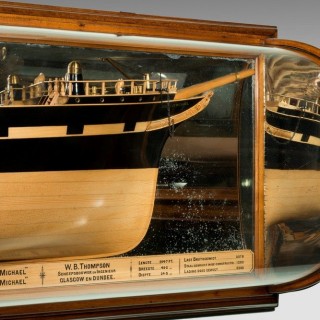 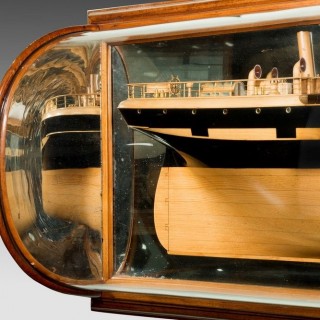 A rare museum quality shipbuilder’s mirror backed half block model of the four masted steel ship ‘Knight of Saint Micheal’ built in 1883 by W B Thompson, Glasgow and set in a convex glass and mahogany case with back and end mirrors and fine gilt metal deck fittings and detailed builders and dimensions plaque

1898
Left Astoria in company with the fourmasted barque Province which arrived in Europe after 114 days, only 12 hours before the Pacifique.

1899 September 24 – December 9
Left Iquique for La Pallice in company with the German fourmasted barque Athene bound for Hamburg [?]. the Pacifique arrived at her destination at the same time as the Athene passed Beachy Head.

1901
Captain and five men of the crew were washed overboard off Cape Horn and the Pacifique had to seek refuge in Montenvideo on voyage from Tyne to Valparaiso with a cargo of coal.

1907
Collided with the same owner’s fourmasted barque Rhone in the neighbourhood or the Falkland Island during the exchange of articles. the Rhone repaired the damaged bowsprit in Valparaiso while Pacifique continued her voyage to Pisagua. Both masters lost their ships on account of the accident.

1916
Sold to Gaillard & Co., Bayonne, and was renamed Pazifique.