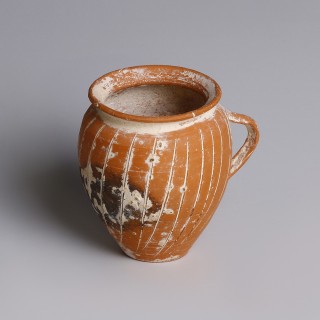 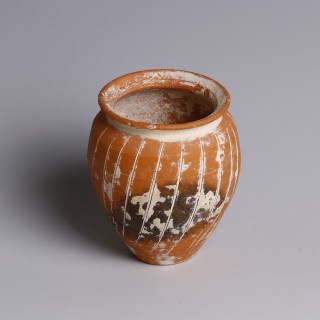 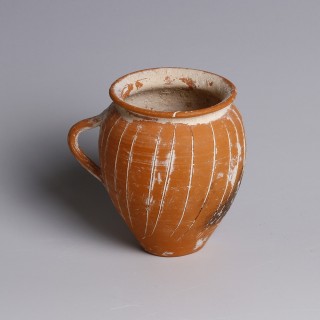 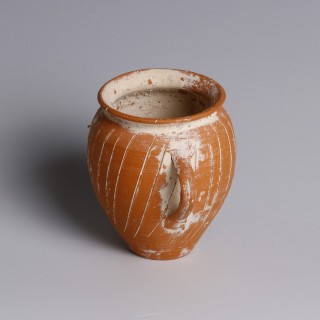 A delicate Nabataean cup, featuring a large oval-shaped body and small inverted rim. The base is flattened and a small handle is attached to the body. Ridged linear decoration crosses the body. This small vessel has very fine walls, categorising it as fine ware.