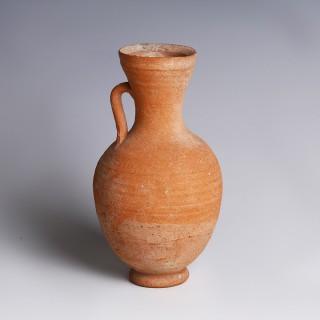 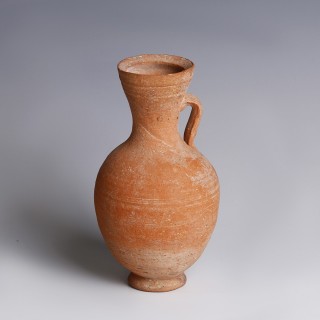 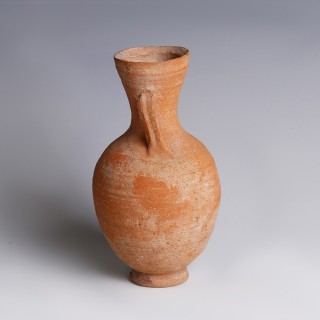 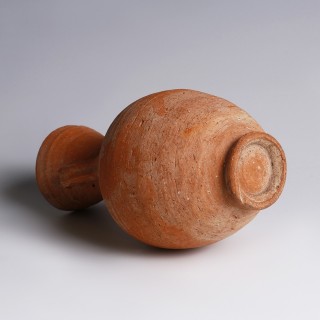 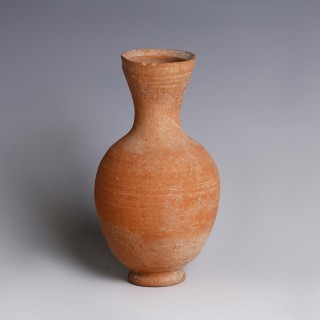 A terracotta Nabataean flask featuring a globular body leading to a short neck and very wide nozzle. One handle is applied from the neck to the shoulders. The rounded base is striated from the middle of the body and polished. The body rests on a small ring base.