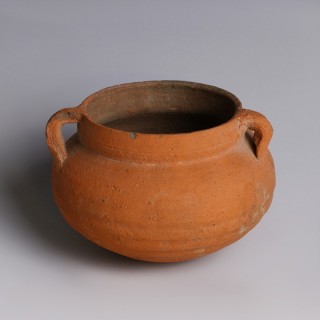 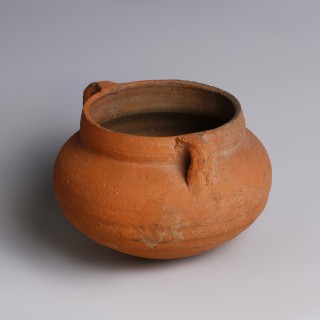 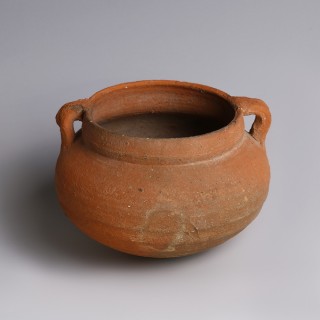 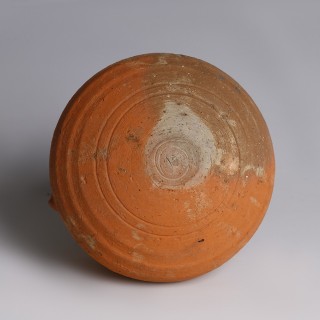 A terracotta Nabataean rounded cup, featuring a large globular body leading sharply to a wide mouth. The base tapers into a flattened point. Two small handles applied to each side, joins the rim of the mouth to the body. The majority of the bowl is striated.