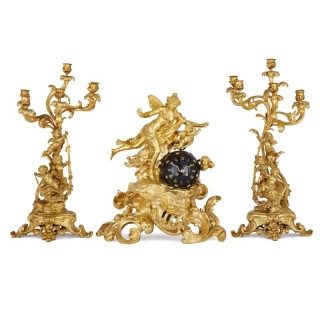 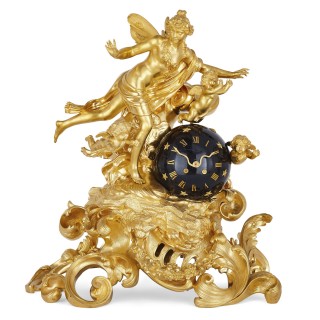 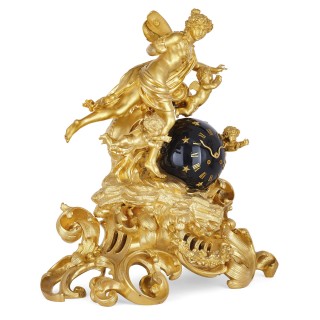 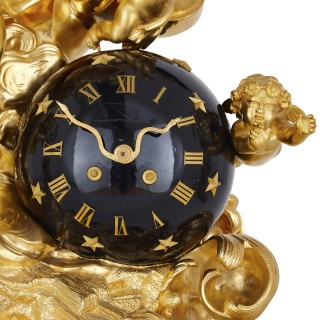 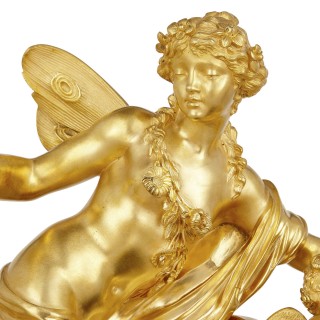 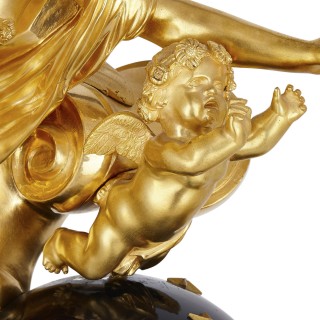 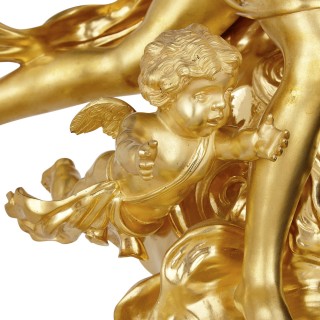 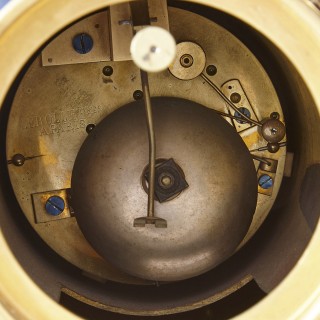 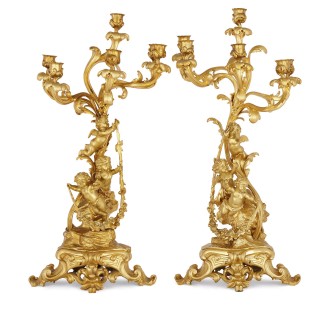 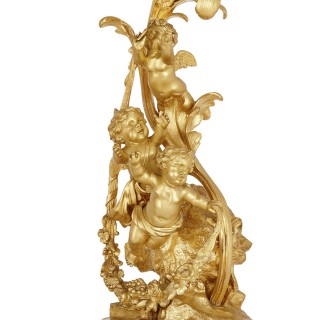 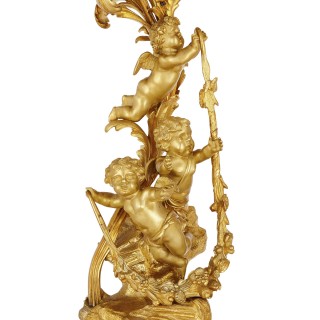 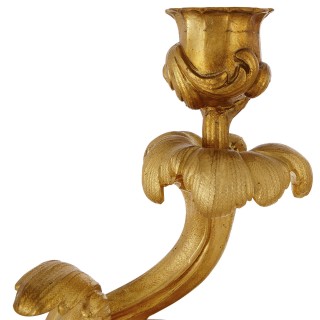 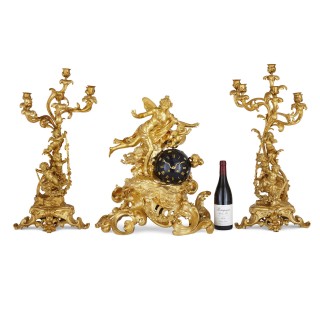 This magnificent clock set is crafted in the Rococo style, which flourished in French decorative art once again during the Second Empire, when Napoleon III ruled France. The set comprises a mantel clock and a pair of flanking candelabra, with all three pieces being crafted from gilt bronze.

The candelabra are similarly formed, each with a body crafted in the Rococo style around the motifs of the acanthus leaf and the rocaille. Each candelabrum features a stem comprised of three winged cherubs, and each issues six scrolling foliate light branches.

The movement is stamped ‘Lerolle Fres A Paris’