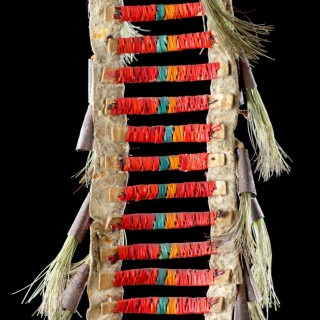 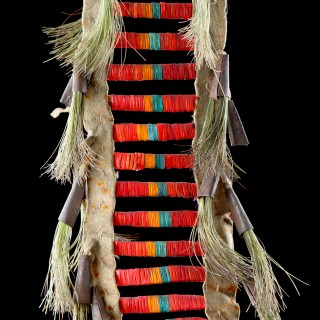 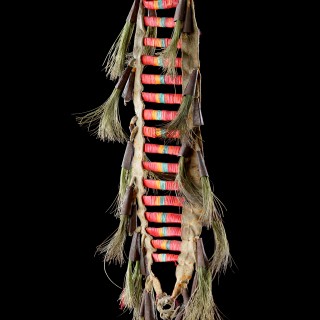 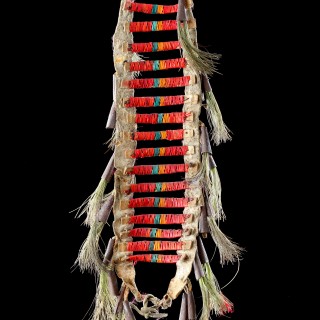 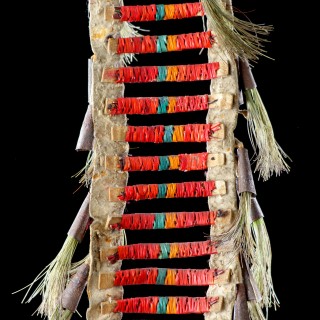 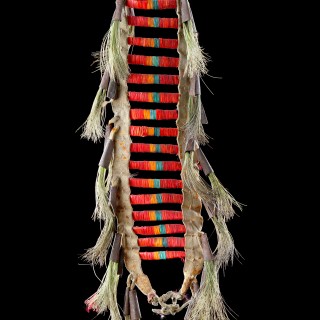 To the Europeans the Plains tribes epitomised the wild, untamed and therefore romantic Native American. However, they thought of themselves as practical hunters, they were systematic organisers and classifiers. As the universe was intricately patterned into hierarchies and divisions so was the nation. However, the hunting groups were not tied to a village or particular hunting ground. They envisioned the earth as a total environmental unit and this was their home. To cope with this freedom there was strict military discipline and leadership, and societies were formed with ceremonies designed to benefit everyone. The tension between freedom and responsibility led to a need to establish a highly regimented society which was satisfied by a complicated system of honours and rewards. The beautiful objects produced were all symbols of authority and supernatural power, they were embodiments of prestige and responsibility long before they were ever works of art. To their owner they were evidence of fragile relationships with space, the creator and with their disciplined world.