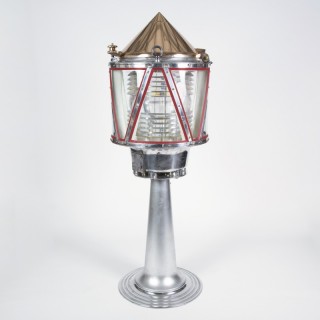 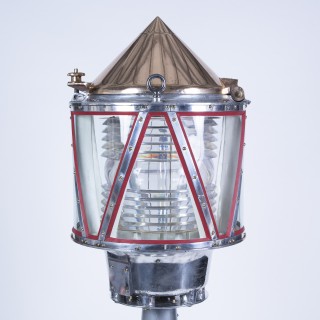 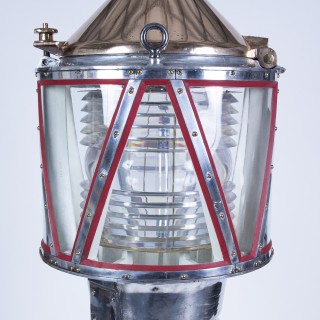 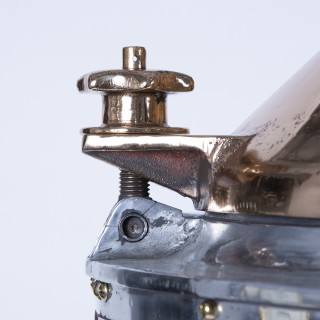 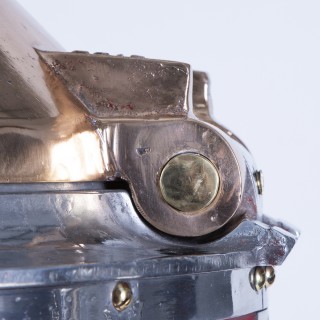 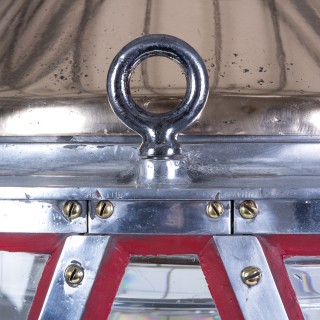 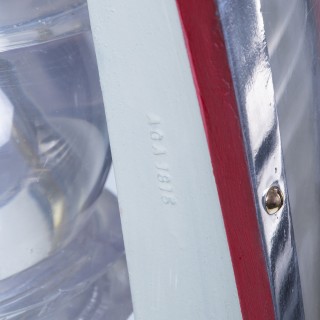 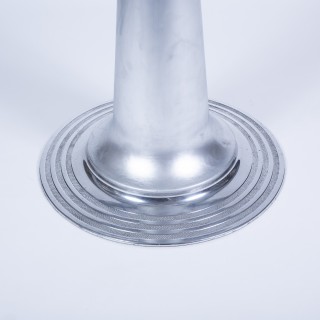 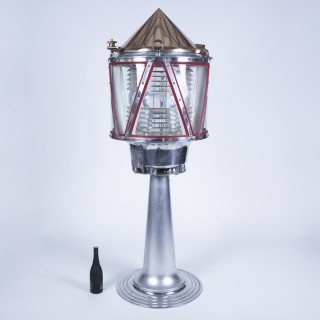 Frame marked AGA, cast in a number of places.

There similar lights in museums, such as the National Lighthouse Museum Staten Island, NY.

AGA was started in 1904 near Stockholm, Sweden, by Gustaf Dalen, a 35-year-old engineer and ingenious inventor. Dalen’s lights burned acetylene, with a bright light, was an excellent fuel for lighthouses, AGA’s intermittent light regulator reduced fuel consumption by 90 percent. This meant lighthouses could be operated at a low cost and left unattended for long periods of time. In 1912, AGA won a contract to build a lighthouse system for the Panama Canal and Dalen was awarded the Nobel Prize in Physics for his inventions in lighthouse technology.

In 1911, AGA founded American Gas Accumulator Co. in New Jersey and in subsequent years many lighthouses were installed around the Great Lakes. Measures: 6 feet tall.