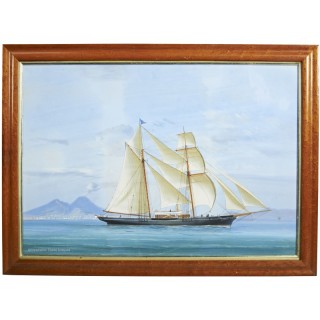 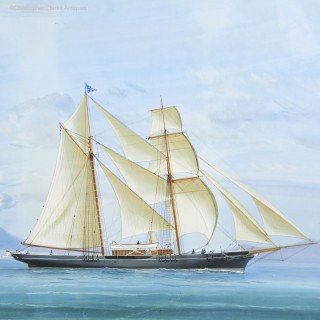 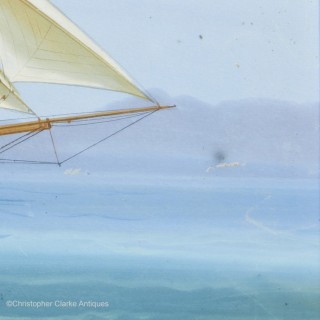 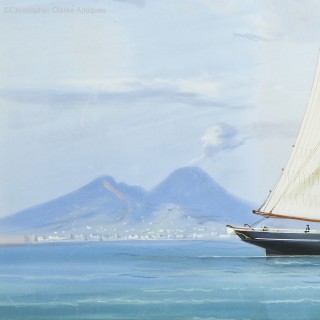 A gouache on paper, laid onto card of a racing schooner.

The yacht is unnamed but flies the burgee flag of the Royal Albert Yacht Club. The club was formed in 1864 under the patronage of Albert Edward, Prince of Wales. A year later Queen Victoria gave the club permission to add Royal to its title. The vast majority of the club’s members came from the navy and army.

The painting is unsigned but shows the yacht under full sail in the Bay of Naples with Vesuvius in the background. There was tradition throughout the 19th century for ship’s captains or owners to commission a portrait of their vessel when in Naples by a local artist. The artists are mostly anonymous, and this picture is also unsigned.

It is well painted with good detail to the sails and rigging with 6 crew members also shown. It is has a period maple frame with gilt slip. Late 19th Century.