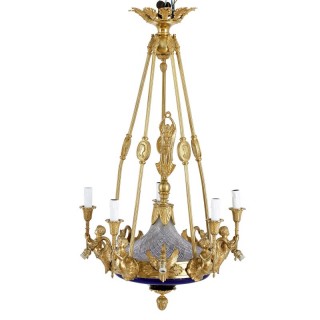 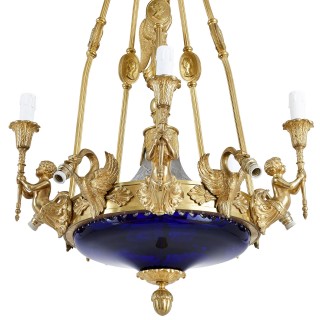 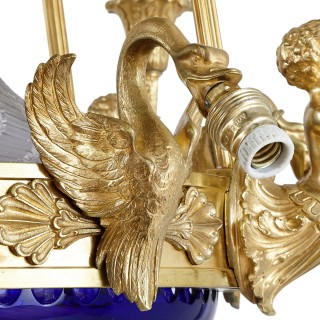 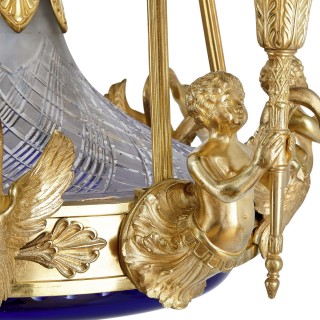 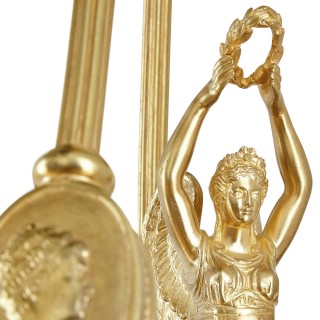 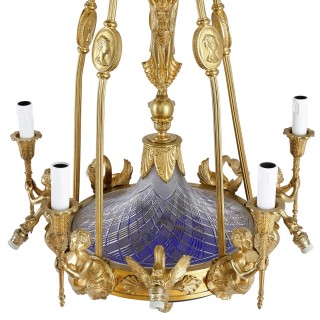 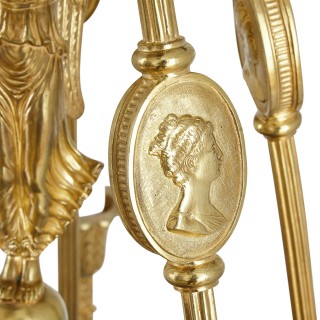 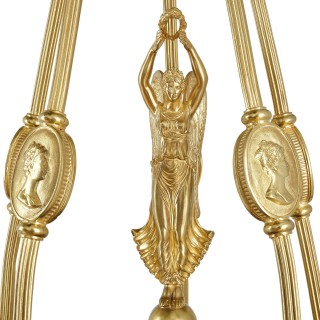 This beautiful Neoclassical style chandelier is reminiscent of both the Louis XVI and Empire decorative styles: the cherub light branches are drawn from art from the period of Louis XVI, while the swan’s head handles refer to motifs common to the Empire style. The chandelier features a lamp shaped body, the upper half of cut glass and the lower of blue glass. This body is encompassed by a gilt bronze band, from which spring five cherub form branches and five swan form branches. The body is surmounted by a large gilt bronze finial of a female figure, and the body is suspended from a ceiling mount by five gilt bronze double ropes, each centred with a relief medallion.