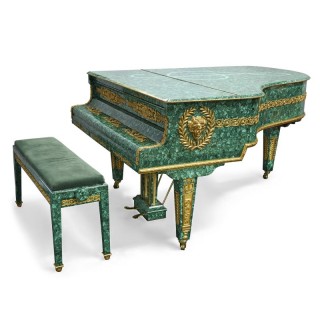 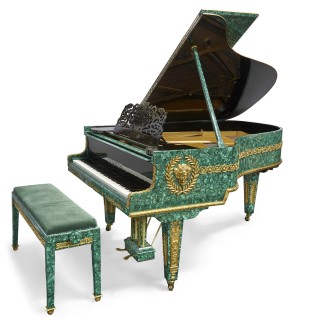 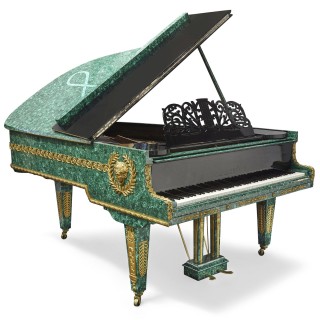 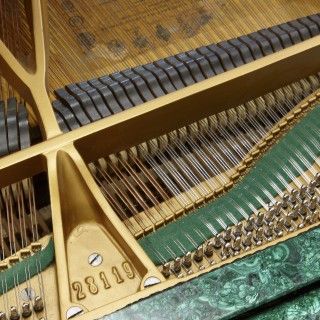 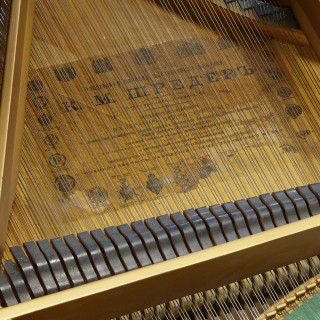 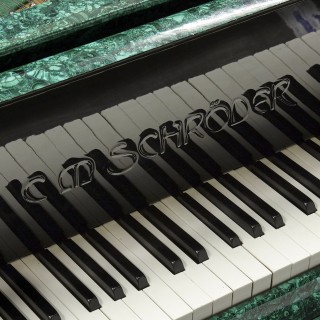 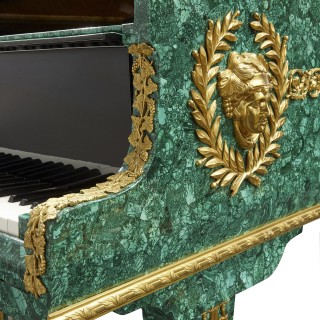 This piano, originally produced c. 1910, features a striking later malachite veneer. The malachite is superbly applied, and mounted throughout with Neoclassical style gilt bronze elements, including classical masks, foliate scrolls and friezes, and other such emblems. The accompanying stool is similarly finished with malachite and gilt bronze and features a green upholstered seat.

The piano beneath the malachite and gilt bronze is a model by the Russian manufacturer C. M. Schröder. Schröder, based in St. Petersburg between 1818 and 1918, was one of the most celebrated manufacturers of its day, winning many important awards—several of which are described on the sticker affixed to the interior of the piano.

The piano is marked with an inventory number (28119, which indicates a production date of about 1910) and is appended with the above-mentioned sticker.

The present piece thus represents an important piano but is also an example of 20th Century Neoclassical taste—the malachite and gilt bronze transforming the piano into something truly remarkable.